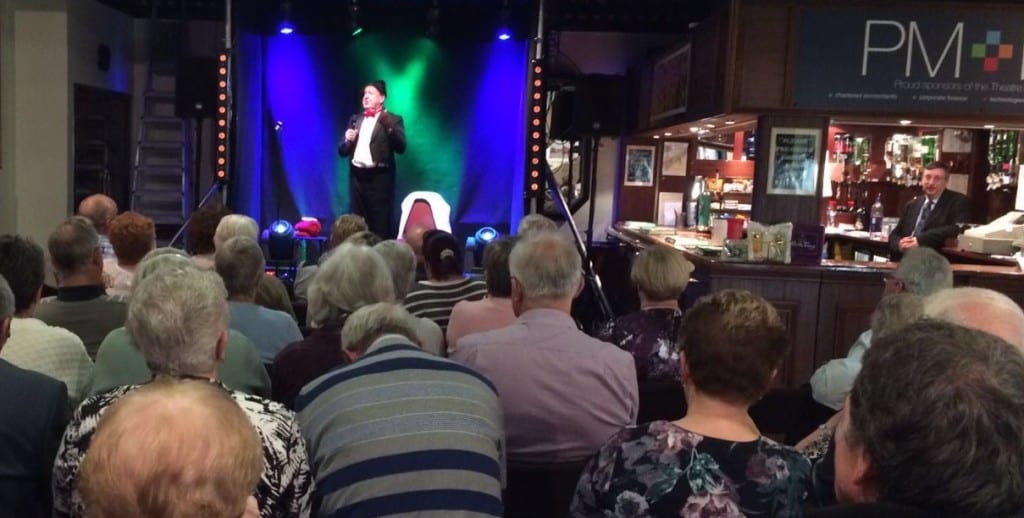 Jimmy Cricket came to the rescue of a theatre in Blackburn after its ceiling collapsed!

The Thwaites Empire Theatre was forced to cancel all shows for a couple of weeks when plasterboard fell into the lighting rigging over the stage.

It is a venue where comic Jimmy, 70, has appeared on several occasions in the past. It has even premièred two of the three musicals he has written over the years, entitled Let’s hear it for the wee man and Maloney’s Big Moment.

So when the director, Mike Berry, sent Jimmy an SOS to see if he would help the theatre to get back on its feet after the accident, the Northern Irish entertainer jumped at the chance.

He appeared in what was dubbed ‘restoration fortnight’ where the theatre continued to keep closed its main auditorium for repair works to be completed to the ceiling, but set up a small performance area in the main bar and foyer area.

This meant it could still present shows and continue to function, even though it had to postpone all those scheduled to appear on the main stage.

Jimmy kicked off this fortnight with a bit of stand-up (pictured top), before participating in a question-and-answer session with the audience under the stewardship of Mike Berry (seen with the comedian above right).

At the end of the night, Jimmy was asked by Mike to become an honorary patron of the theatre, which he was pleased to accept!