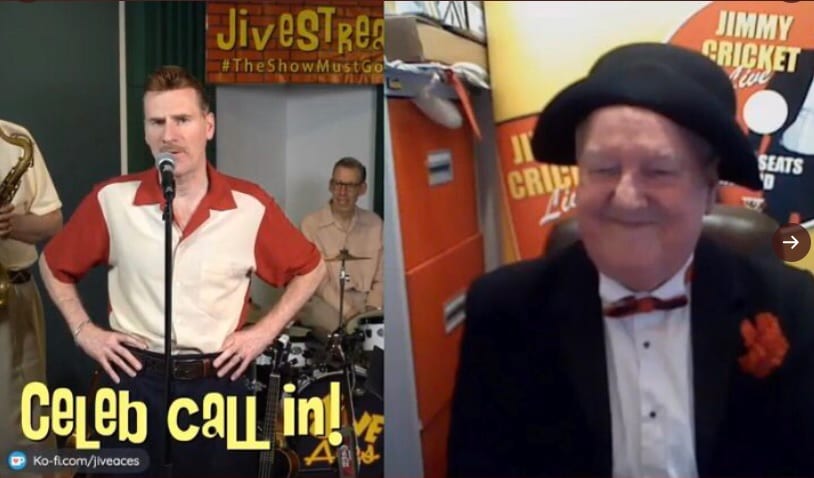 Jimmy Cricket did a ‘celeb call in!’ with friends and fellow performers the Jive Aces.
The UK music band have been presenting a ‘JiveStream’ every day during the coronavirus lockdown.
And Northern Irish funnyman Jimmy joined them as the special guest for some light-hearted entertainment on Monday (3 August).
He said afterwards: “Great fun and pleasure virtually working with the Jive Aces tonight.
“When you work with these guys you can’t help but come up trumps.
“Hope to see you on the road soon! 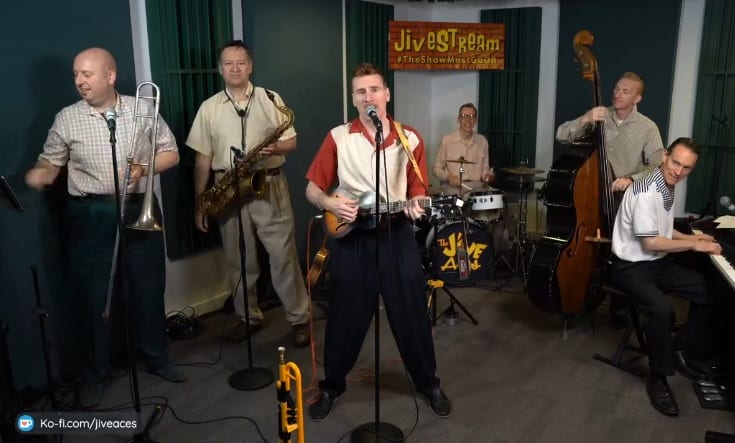 Also read: Performing on cruise ships is not all plain sailing 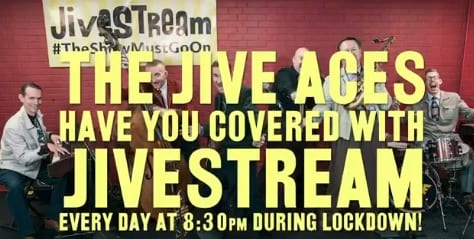