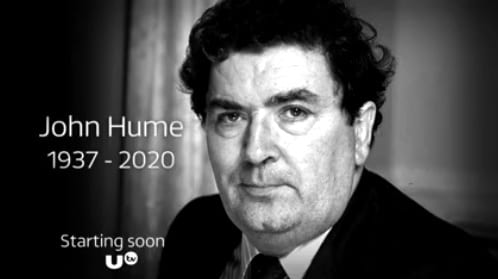 He added: “It was wonderful to see his great friend @Phil_Coulter, musician and composer play John’s favourite tune, The Town I Love So Well.”