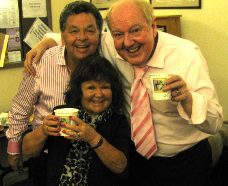 Cricket and bowling on a special afternoon