Find out if BBC TV show really was Pointless!

Find out if BBC TV show really was Pointless! 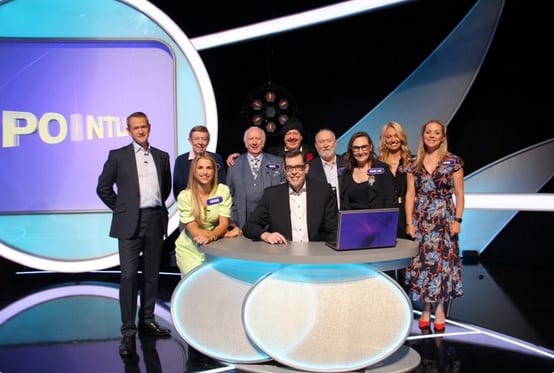 Jimmy Cricket has appeared in a celebrity version of BBC’s Pointless.

Radio and television broadcaster Henry Kelly, who presented Going for Gold from 1987 to 1996, was another of the contestants.

The programme will be on BBC One at 6.05pm on Saturday 14 March.

Pointless is a quiz in which contestants try to score as few points as possible.

‘Let’s make it a date everyone!’

To do this, they must come up with the correct but obscure answers to general knowledge questions.

All the questions asked were previously to a panel of 100 individuals in a pre-conducted public survey.

Alexander Armstrong hosts the show with help from Richard Osman.

The programme first aired in 2009 and has had 22 regular series, plus 11 celebrity ones.

“Will be televised on Saturday 14th March, let’s make it a date everyone!”