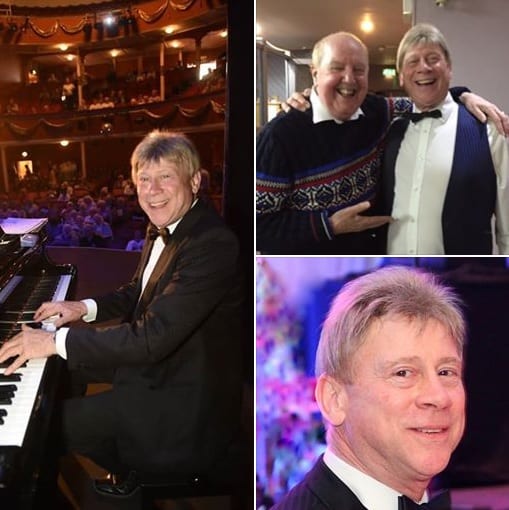 David, a musician and musical director, was an extremely popular and valued person in the showbusiness industry.

His work with Jimmy included arranging the music for his CD Light & Shade, which was released in February 2015.

Jimmy said at the time about David’s “God-given talent” enabling him “to breathe life into my tunes and words”.

David was trained in arranging at the Royal College of Music and London Weekend Television.

In addition, he worked for many pantomimes and musicals, as well as for The National Lottery programme and BBC London.

However, it was for his arrangements on major cruise ships that he was chiefly known.

Jimmy said: “Shocked and saddened to hear of the passing of David Carter, a wonderful musician, terrific arranger, and brilliant Musical Director!

“Most of all, the warmest and kindest human being I have ever had the great pleasure to work with!

“My prayers and thoughts are with his family.”

“David was such a lovely, lovely fellow and I loved working with him, he was a wonderful accompanist.

“He seemed so well when I last saw him only a couple of weeks ago.

One person commented: ” He was a very talented and humble gent.”

Another described him as a “wonderful kind talented man“; a different post said: “David was a lovely warm person, a great musician and arranger.”