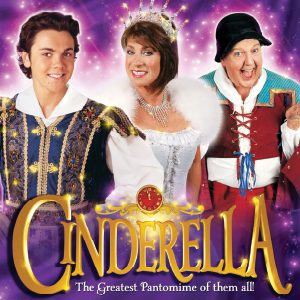 Jimmy Cricket has begun rehearsing for his latest pantomime appearance.

The legendary comic is starring as Baron Hardup in Cinderella at Darlington Civic Theatre which runs from Saturday 3 December until Sunday 15 January 2012.

Performances are as follows: Matinees 2pm, evenings 7pm except Sundays, Christmas Eve and New Year’s Eve when evening performances will begin at 5.30pm. Prices are £13.50, £19 and £21, with discounts available at some performances.

Jimmy last appeared in the Darlingon theatre’s pantomime 21 years ago when it was also a version of Cinderella. Back in 1990 he played the role of Buttons.

The panto means it will be a very busy time of the year for Jimmy who said: “I am back home at the weekend and when we’re up and running with the actual show, I have every Sunday night and all day Monday off. Not to mention Crimble and New Year’s day!”

Warm welcome at the inn