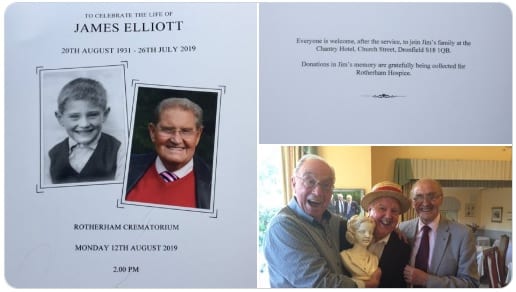 Jimmy Cricket and his wife May have bid farewell to “comedy showbiz legend” Jimmy Patton.

They recently attended the funeral of the well-known entertainer who died late last month aged 87.

Comedian Jimmy tweeted: “Me and Mrs C. have been to the funeral of one of Comedy’s Showbiz Legends, Jimmy Patton, with so many showbiz friends today, and we met up after to celebrate his life, singing and telling stories, at the hotel where him and wife Amy attended a regular showbiz get together!”

Northern Irish entertainer Jimmy posted the video below to his “dear friend”.

Also read: So sad to hear of panto pal’s death

From Filey to Freckleton …followed by a wedding