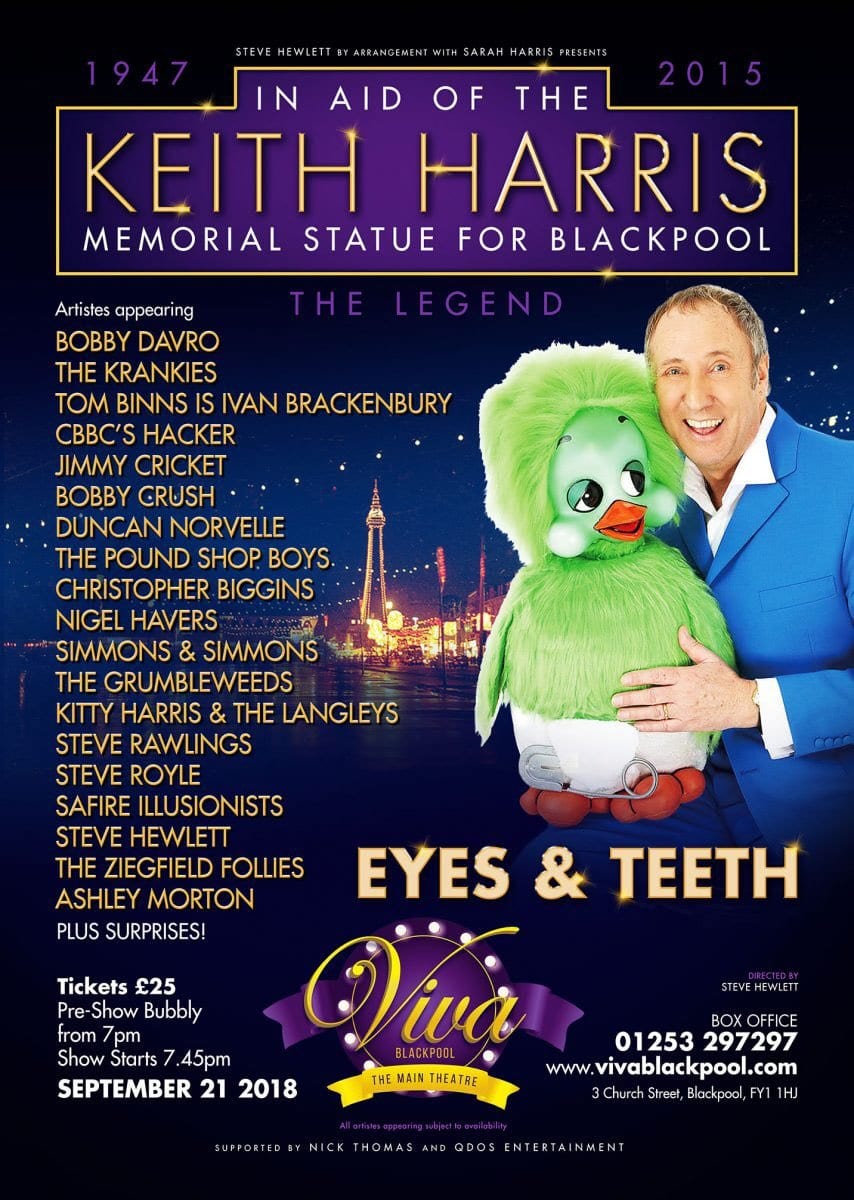 Jimmy Cricket will be appearing with a host of other top entertainers in a fund-raising show in memory of their late colleague and friend Keith Harris.

The event, called Eyes & Teeth,  takes place at the Viva Blackpool in the west Lancashire seaside resort on Friday 21 September (7.45 to 11.15pm).

All the money raised from the sale of tickets will go towards The Keith Harris & Orville Statue Fund as part of a campaign to erect a memorial in the town for the late ventriloquist.

He was best known for his television show The Keith Harris Show (from 1982 to 1990) and for his appearances with his puppets Orville the Duck and Cuddles the Monkey.

Keith, who died in Blackpool aged 67 in 2015 following a brave battle against cancer, had a UK Top 10 hit single in 1982 with Orville’s Song which reached number four in the charts.

Other stars appearing in the show alongside Jimmy include Bobby Davro, The Krankies, The Grumbleweeds, Duncan Norvelle and Nigel Havers.

Jimmy tweeted: “What promises to be a fabulous, “Variety Show”, organised by the great comedy talent and @ventriloquist29 Mr Steve Hewlett in memory of his mentor and our great mutual friend Keith Harris, only a few tickets left folks if you would like to join us!

Remaining tickets can be bought by visiting here – you can also call 01253 297297 or email boxoffice@vivablackpool.com