Back to Blackpool – then it’s the comedy play

Back to Blackpool – then it’s the comedy play 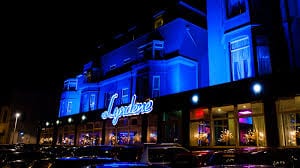 Jimmy Cricket’s second appearance of 2020 at his favourite Blackpool hotel this week will be his last there until early March.

The popular Northern Irish entertainer next performs at the Lyndene Hotel on the sea front on Wednesday (15 January).
In total, he will make 23 visits to the Lyndene this year.
None of them are in February, so his next appearance in Blackpool after Wednesday is 4 March.
From then onwards, he will do shows twice a month until the end of the year.
This is 74-year-old Jimmy’s FIFTH season at the hotel.

Two or three acts usually perform twice per night, once each in different lounges at the Lyndene.

See all of this year’s dates below and visit the hotel’s website here.

Jimmy’s immediate focus after Wednesday is his comedy play which goes back on the road later this month.

The most recent staging of No More Fiffing and Faffing was in Port Sunlight in October.

The production had a highly successful debut last September at the Blackburn Empire Theatre.

As a result, Jimmy has taken on a tour around the north of England.

The venues so far also include The Met in Bury and the Chorley Little Theatre in Lancashire.

Read more about the next destination for the play in the Cricket Times on Thursday.

The 2020 season begins back at the Lyndene Hotel

Stockport next for No More Fiffing and Faffing