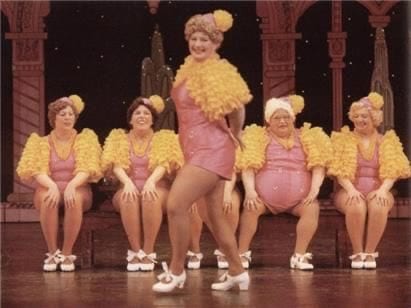 Irish legend Jimmy Cricket was the star act at a recent Gala evening run by the Mansfield and Dukeries Irish Association.

The entertainment was organised by Nigel Scott and his hard-working committee and the compere for the evening was Gerry Molumby.

A valuable prize raffle was included together with free Irish food, which warmed up the capacity audience on a bitterly cold April evening. 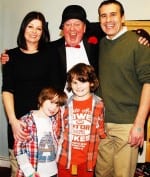 The venue was the popular social club Boothys in central Mansfield.

Photos with this story are as follows:

Top – The committee who organised the event with Jimmy.

Above right – Gerry Molumby comperes with Jimmy sharing the laughter.

Above left – The Scott family from Mansfield with Jimmy.

Below – Sue and Gerry Sarson with Julie and Mark Brough. 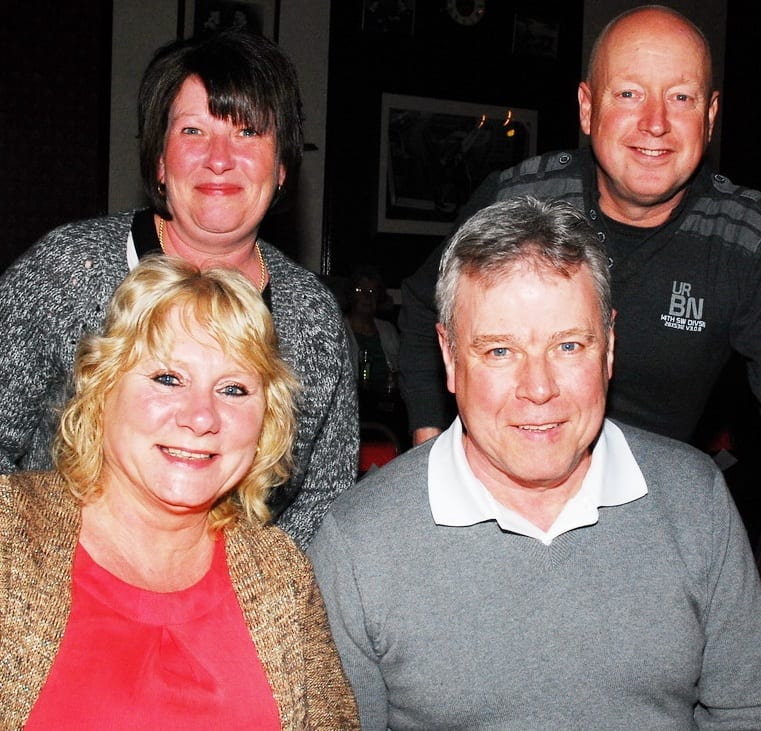 Jimmy Cricket has been described as “Ken Dodd, Tommy Cooper and Les Dawson all rolled into one”. 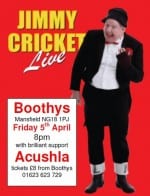 The famous comedian appears on a night of laughter and music at Boothys in Mansfield on Friday 5 April, with organiser Gerry Molumby insisting: “He is the best Irish comedy act you will ever see.”

Acushla will provide the music, while one or two local acts may also perform on the night.

The show begins at 8pm and tickets are £8, available from Boothys or, if there are any left, on the door on the night.