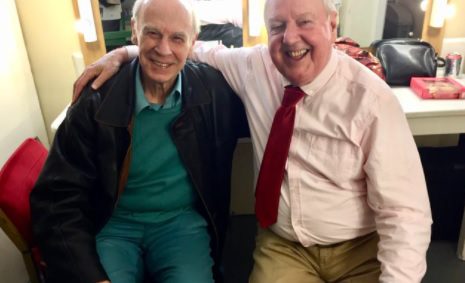 Back at the wonderful @StockportPlaza1 theatre with manager Ted Doan, while cheering on tonight these wonderful actors, Producer/Director Leah Bell, @vicky_entwistle and @vickimichelle alongside Andrew Green in Dirty Dusting #liveperformance pic.twitter.com/olhQIkGHXr

They've asked me to do a reality programme about a group of people sharing a boat on a canal.....I told them I wouldn't touch it with a barge pole.

@LynPaul6 @BKL_Productions I'm sure you'll wow them Lyn. have a great run.

I know why Houdini was such a great escapologist......He had a get out clause in his act.