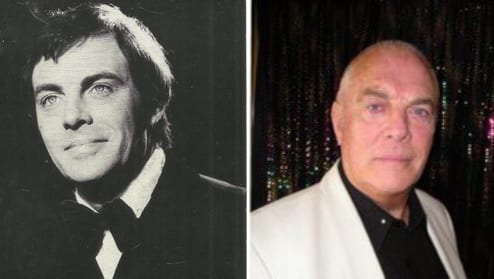 Jimmy Cricket described Paul Melba, who has died aged 84, as one of the finest comedians and impressionists in showbusiness.

Paul Melba, whose real name was Francis ‘Frank’ Staunton, passed away on 11 August from heart failure.

The dad-of-three grew up in Huyton on Merseyside and went on to enjoy a  successful career on stage and television.

It included him performing at the Royal Variety Performance and he became friends with some famous celebrities.

He was known for voice impressions of stars such as James Mason, John Wayne, Eric Morecambe, Ken Dodd and Billy Connolly.

Paul also did memorable singing impressions of the likes of Frank Sinatra and Sammy Davis Jnr among many others.

Northern Irish entertainer Jimmy said on social media: “Sad to hear of the passing of one of showbiz’s finest comedians and impressionists the great Paul Melba.

“Known for his classy mimicking of the great stars from the Golden Age of Hollywood, alongside his acclaimed James Mason voice, amongst others! R.I.P.”

:: Met him once lovely talented man Jimmy will be greatly missed!

:: A great entertainer and gentlemen, RIP

:: Thank you, he will be sorely missed #PaulMelba x
Jimmy found out there was a fund-raising appeal in the wake of Paul’s death.
He said: “We’re living in difficult times folks, but if you can help financially, by donating a little for this worthy cause! Paul’s Melba’s Funeral Expenses.”

Paul’s daughter, Kate Richards, 50, organised the fundraiser, saying: “I am so sad to say that my Father passed away peacefully at his home in Spain on the 10th of August.

“Unfortunately his financial circumstances were not great and he left no will.

‘Dad would have been so overwhelmed’

“I am sorry to say that we are struggling to find the money to cremate my Father and need to raise the funds to do this due to our own personal financial circumstances.

“Anything you can donate would help towards easing the financial responsibility which has been placed solely with me.

“Many thanks for anything you can spare.

The target was £3,000 and Kate posted again several days later.

She said: “Thank you so much for all of your help, Dad would have been so overwhelmed.

“We have reached the goal with further donations from The Royal Variety Charity & The Water Rats charity.” 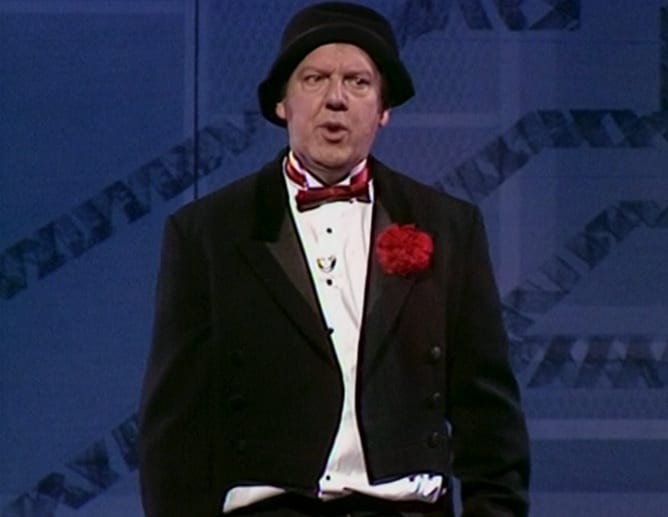 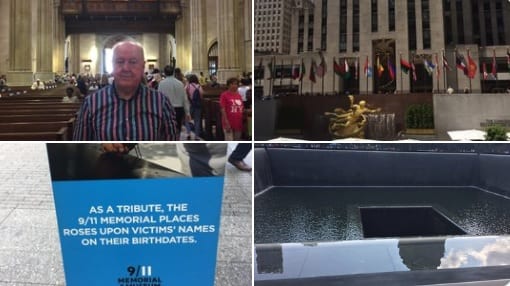 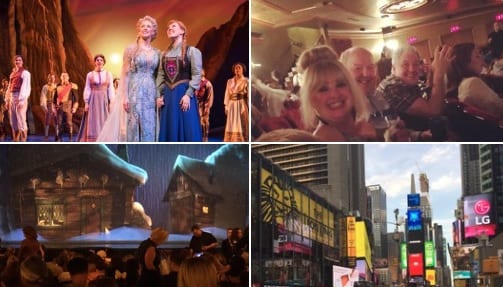 Jimmy Cricket and his family enjoyed a recent holiday in New York.

It included a visit to the famous Broadway to watch a show and also a trip to the historic Ellis Island.

The pictures included those at the top of this article.

Jimmy said: “Been to see this wonderful musical, taken from the classic Disney film, “Frozen”, at the St James Theatre!”

He added: “Been to this wonderful city that never sleeps a few times, but never to Ellis Island, where walking in the footsteps of my fellow Irish countrymen in 1845, who came seeking a better life. 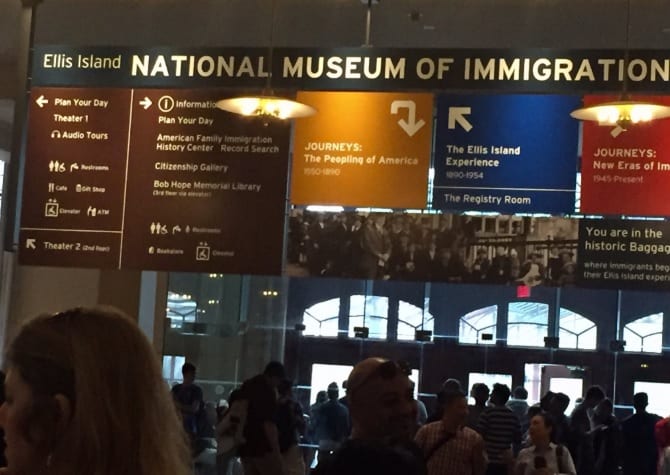 The popular comedian is back in action this weekend with performances around the country on both Saturday and Sunday.

See the Tour Dates section here on this website to keep up to date with all his movements.

Jimmy Cricket returned to St Sebastian’s Community Centre in Salford to do a show along with his old friend and singer Keith Swift.

The centre, which is at Douglas Green, is a community resource managed
by a small group of volunteers, which provides a range of
opportunities and services for local people. A variety of community activities are offered by the centre, including health and fitness, arts and care support groups.

Said Jimmy: “Thanks to Gerry who organised the event and the team of helpers who supplied the buffet and  who worked behind the bar area!”

Keith (left), who is known professionally as Jonathan Swift, is a dynamic vocalist who does a Frank Sinatra tribute act. Visit his website here.

He has performed several shows with Catherine Tyldesley (who plays Eva Price in Coronation Street and is an outstanding singer in herself), including a private party for Mr Manchester United himself, Sir Alex Ferguson, and makes regular appearances on The Jimmy Cricket Laughter Show with the long-time favourite Northern Irish comedian. 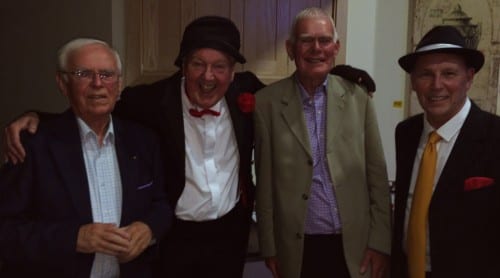 Jimmy with friends at the Rotary Club of Barnoldswick & Earby event

Jimmy Cricket helped to raise a four-figure sum of money for charity on a recent visit to the Rolls-Royce Club in the Lancashire town of Barnoldswick.

The 70-year-old entertainer was there to assist the local president of the Rotary Club of Barnoldswick & Earby, Michael Peckover, in raising funds for some of the good causes his organisation supports, including Aquabox, ShelterBox, WaterAid and Mercy Ships.

Jimmy put on the show he often presents around community centres and church halls for good causes within the Greater Manchester and Lancashire regions.

On this occasion his show included his good wife – the female vocalist May Marion – and his good friend Jonathan Swift, who croons away as a Frank Sinatra tribute.

The Ballroom at the Rolls-Royce Leisure was full and, as a result, Michael was able to raise £1,000 from the event.

It meant that not only did everyone enjoy themselves tremendously – as Michael received some great feedback over the weekend after Jimmy’s show – but  those present all contributed to ensure a handsome sum of money was generated that will now help worthy charities associated with the Rotary brand.