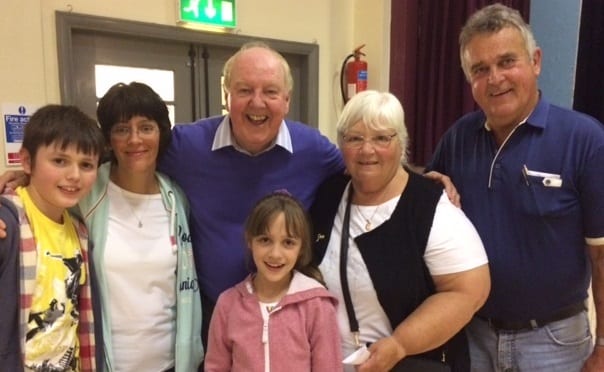 Jimmy Cricket recently appeared in a charity event to raise funds for a local Roman Catholic church in North Yorkshire.

The famous comedian, 71,  took his show to Bentham, which is west of the Yorkshire Dales National Park and on the northern edge of the Forest of Bowland. 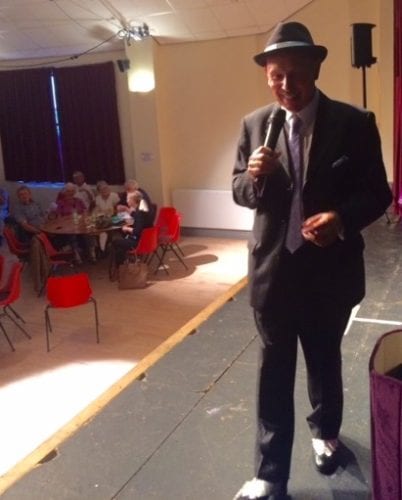 “My grandson [Tristan] as he celebrates his first Holy Communion with Uncle Fr Frankie,” tweeted Jimmy, 71, afterwards, along with the picture above.

He added: “The lovely photo was taken by Tristan’s Dad, Dale, my eldest boy. So proud of all the family.” 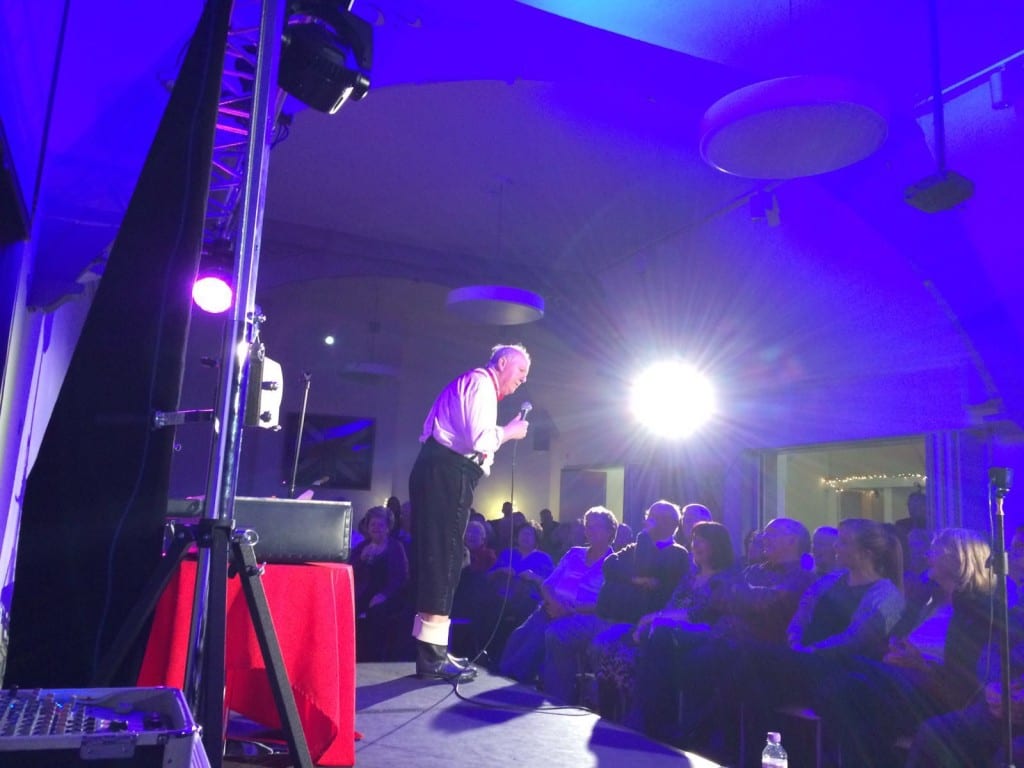 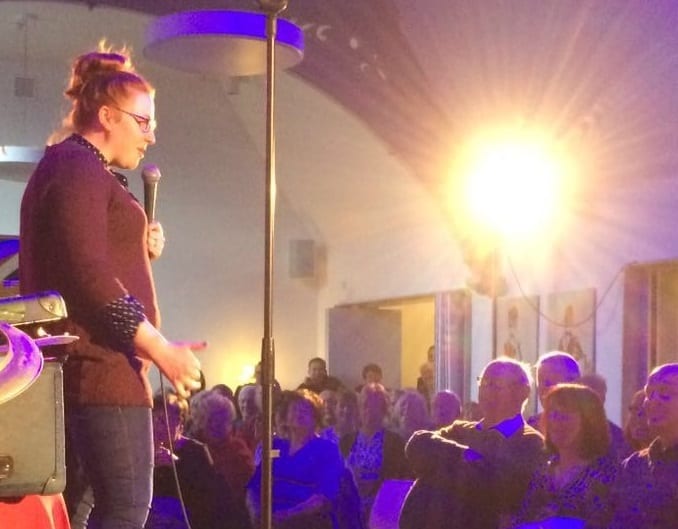 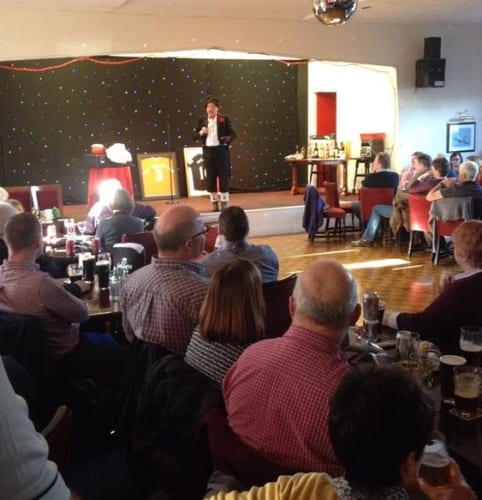 Jimmy Cricket felt like he had gone back in time when he performed at a Lancashire venue recently.

The St Pat’s event featured famous entertainer Jimmy alongside the comedian Tony Jo at the Freckleton Sports and Social Club, just outside the city of Preston.

It was a fund-raiser to raise money for the cancer unit at the Victoria Hospital in Blackpool.

The event, which was held on a Sunday afternoon, was packed to the rafters.

Jimmy is performing more and more on a Sunday afternoon and is finding they are a popular time for people to attend a live event.

He said: “What made this afternoon even more enjoyable was that the atmosphere was more akin to the club circuit back in the 1970s and 1980s. I was very impressed with the set-up at this venue in Freckleton.” 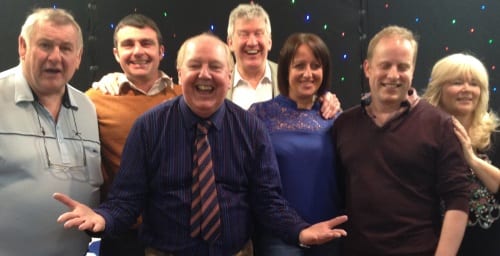 Jimmy Cricket was especially happy to help out at a fund-raising event recently.

The famous entertainer was at St Matthew’s Parish Hall in Jarrow in Tyne and Wear for the special function, which was organised by a lady called Liz Boylan.

It was arranged in memory of Liz’s late husband who passed away last year. She wanted the proceeds of the event to go to the Lourdes Easter pilgrimage. Easter is a special time at the famous shrine in France for young disabled children.

Liz got to know Jimmy’s son, Fr Frankie, when he studied theology at Ushaw College and Durham University a few years ago during his training for the Catholic priesthood.

So it was no surprise that Jimmy bumped into some of Fr Frankie’s friends with whom he trained and who went along to St Matthew’s to support Liz and her event.

Jimmy said: “A big thanks also to all at the Bede’s Well guest house in Jarrow where I and my wife, May, stayed after the show. We both received magnificent hospitality and I cannot praise the owner Paul enough.”

The two photos accompanying this story are of Jimmy and friends at the fund-raising event. 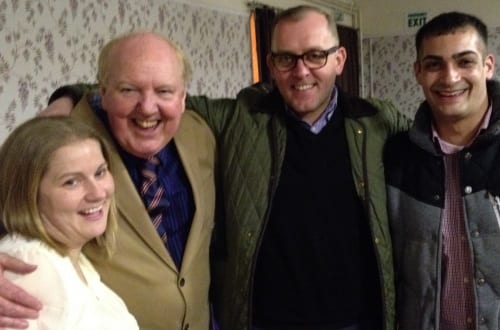