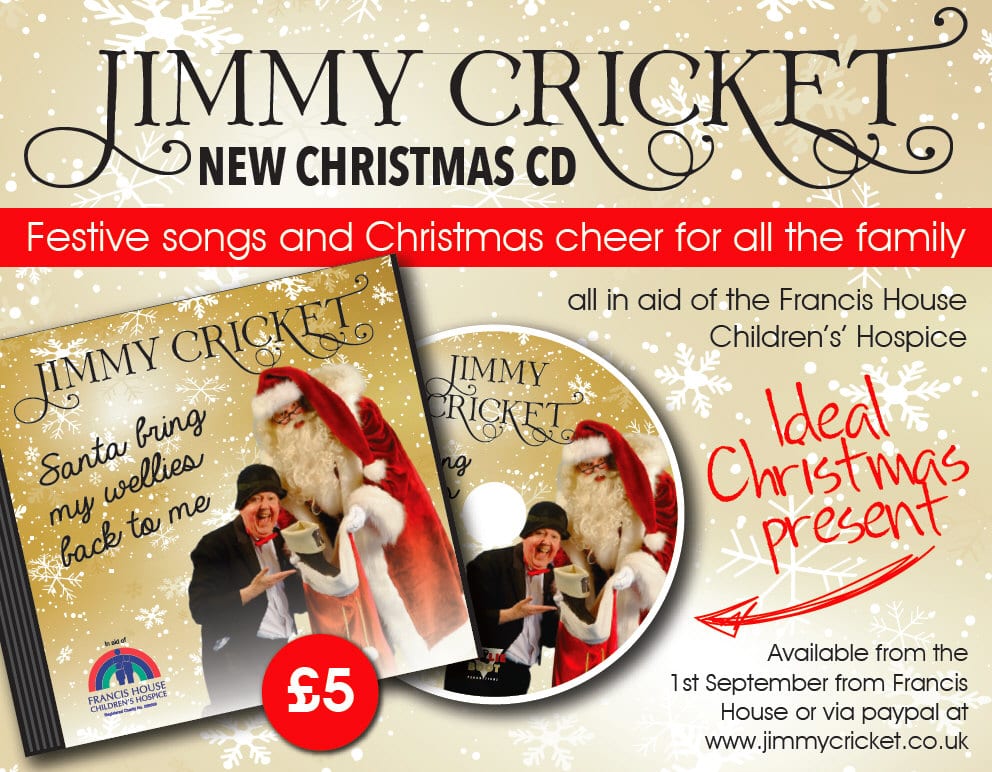 Jimmy Cricket is stepping up the promotion of his new charity Christmas CD through appearances on several popular radio shows during November.

Santa bring my wellies back to me has been released for the Christmas 2016 season, with all proceeds being donated to the Francis House Children’s Hospice in Manchester.

The Bob Mills show, which TalkRADIO broadcasts on Sunday evenings, is down for famous entertainer Jimmy, 71, to appear on during mid-November.

He will also be heard over the airwaves at a string of local BBC radio stations, including with presenters: Debbie McGee on BBC Radio Berkshire; John Gilmore on BBC Radio Lancashire; Wynne Evans on BBC Radio Wales; and James Watt on BBC Radio Stoke.

He will also be the subject of a Desert Island Discs feature, which Bob Fischer presents on BBC Radio Tees.

Jimmy’s new charity Christmas CD is available to buy from this website through a PayPal facility or in person directly from the hospice.

‘Great atmosphere’ for fundraiser in Orrell