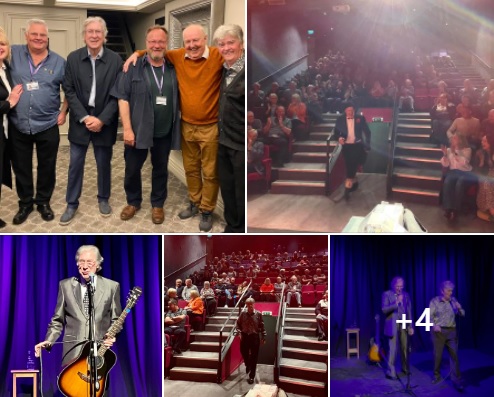 The show at the Millgate Arts Centre in Saddleworth was described as “amazing”.

Jimmy Cricket headlined the line-up at the Delph venue on Saturday 23 April.

It had been billed as “an evening of laughter with the legendary funnyman”.

And it clearly lived up to the hype.

And Saddleworth Live at the Millgate posted on social media: “What a wonderful show tonight.

“Thank you so much for the laughs and the music.”

May (Marion), Jimmy’s wife, was of the several acts on the night.

Jimmy said afterwards: “My thanks to organisers Tim and Michael @TheMillgateLIVE for the @FrancisHouseCH show this evening.

“My thanks also to my fellow acts, compère Jim Nicholas and singer/actor Jonathan Young, and Mrs C.”

The show raised money for Francis House Children’s Hospital, based in south Manchester.

The hospice supports more than 500 families of children and young people with life-limiting conditions from across the whole of Greater Manchester.

Millgate Arts Centre is home to a thriving local arts community, providing a base for theatre, film, and chamber concert societies.
Additionally, it holds art exhibitions and is available for business or personal lettings.
Also read on this website: Oldham show promises a night of ‘fun & frivolity’

Happy Easter to all my followers and friends!