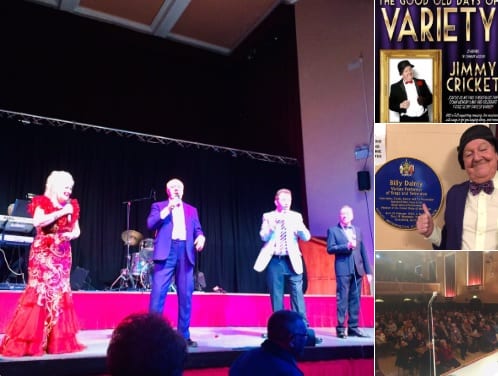 Jimmy Cricket helped to bring back the good old days of variety recently.

The popular Northern Irish comedian guest starred at Dudley Town Hall in the West Midlands on Tuesday (12 March) and at Mansfield Palace Theatre in Nottingham the following day.

Mark Andrews Music Hall was the production company behind the two The Good Old Days of Variety shows.

Jimmy told his thousands of social media fans after the first performance (photo above): “A wonderful full house afternoon @DudleyBorough Halls with Mark Andrews Productions. Paul was on keyboards and Graham was on drums alongside the fabulous harmonica instrumentalist Johnny Stafford and with the great voice of Linda Watts!

And he posted after the second show (photo below): “Another fantastic afternoon at the Palace Theatre Mansfield for Mark Andrews Productions starring Mark, with Paul on keyboards and Graham on drums with the Houghton Weavers, (Tony, Jimmy, Dave, Steve), alongside @AndyEastwoodUK” 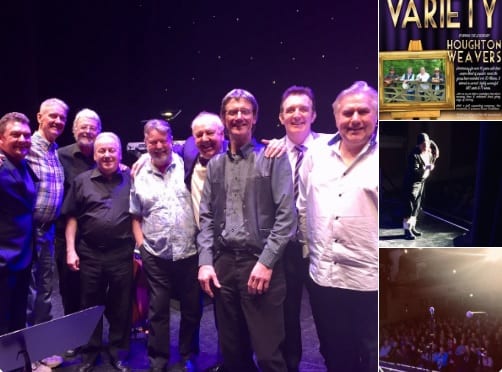