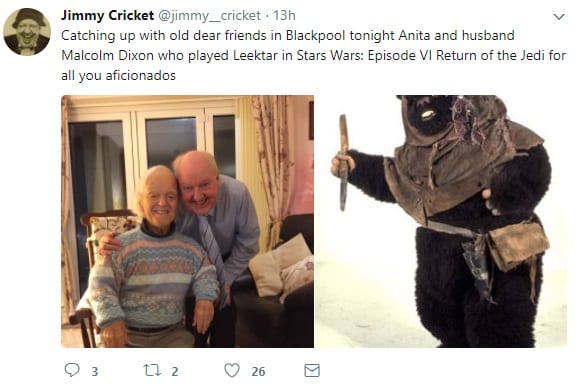 Jimmy Cricket tweeted that he had caught up with some old pals in Blackpool, Lancashire, recently.

The famous comedian met up with actor Malcolm Dixon, who played a character in Star Wars, and his wife Anita.

Star Wars is an American epic space movie franchise based on the series created by George Lucas. It depicts the adventures of various characters “a long time ago in a galaxy far, far away”.