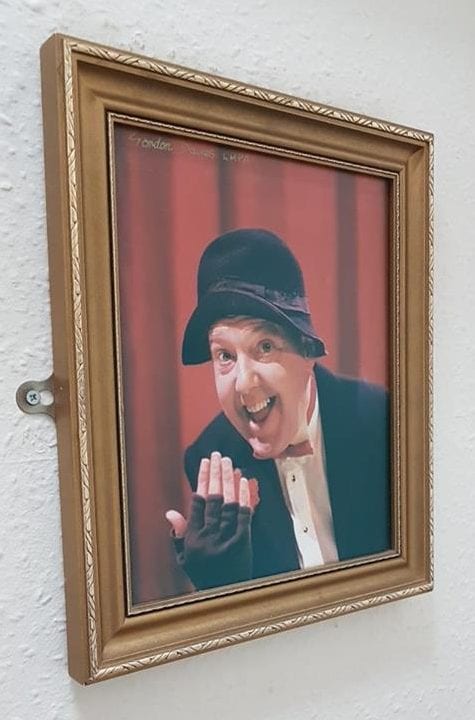 A familiar face greets anybody attending a show at the Crewe Lyceum Theatre.

The framed photograph above of popular entertainer Jimmy Cricket can be seen on one of the walls at the theatre, which is Edwardian and more than 100 years old.

The theatre was one of the places where Jimmy performed during his 2013 National Music Hall Tour.

Jimmy posted the photo on social media, saying: “Look who’s staring at me at the top of the stairs!! — at Lyceum Theatre (Crewe).”