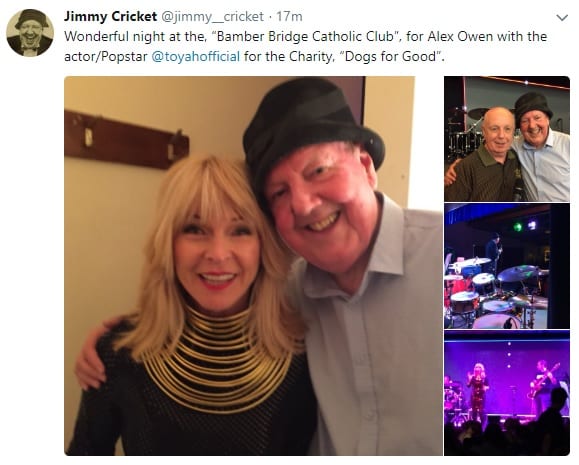 Jimmy Cricket recently shared the stage with Toyah Willcox who rose to fame as a singer in the 70s.

In a career spanning four decades, Toyah has had eight Top 40 singles, released over 20 albums, written two books, appeared in over 40 stage plays and 10 feature films, and voiced and presented numerous television shows.

For six years from 1977, she fronted the band Toyah, before embarking on a solo career in the mid-1980s. Her biggest hits include It’s a Mystery, Thunder in the Mountains and I Want to Be Free.

She and Northern Irish comedian Jimmy performed at the Bamber Bridge Catholic Club near Preston in Lancashire in aid of the charity, Dogs for Good. 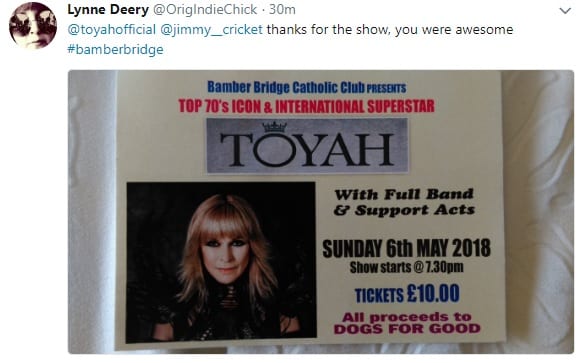