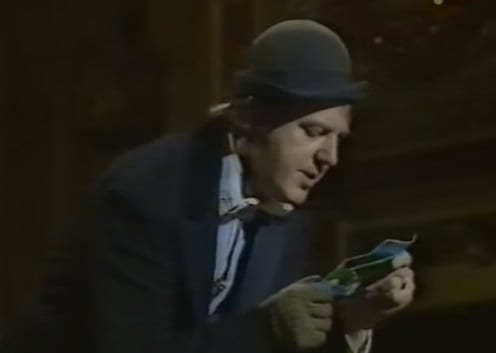 A “thrilled” Jimmy Cricket returns to the legendary City Varieties Music Hall in Leeds – and goes back to the 1980s – later this year.

The famous entertainer, 70, says he is delighted he has been invited to headline the first weekend of the City Varieties’ 2016 Good Old Days season on 23 and 24 September.

A variety show, The Good Old Days was one of the BBC’s most watched light entertainment programmes of the 1970s and 1980s.

It  sought to re-create the heydays of Music Hall, which charmed audiences at the turn of the 19th century.  The BBC re-creation of the music hall held true to its historic format, as performers appeared in period costume and a chairman entertained those present with hearty introductions. Even audience members were instructed to attend in Victorian attire (above right).

This BBC series was filmed on location at one of the best maintained music hall venues in the country – the City Varieties in Leeds.

Although the BBC finished producing The Good Old Days TV show during the 1980s, the host venue is still open and continues to flourish. It even went through an extensive restoration phase a few years ago and to this day presents a varied diet of music, comedy and drama, including its very own version of the Good Old Days.

The shows in September will be nostalgia-filled as Jimmy appeared in the original BBC series and his performance continues to feature on the home page of this website. Images shown with this article are from his appearance decades ago.

PLEASE NOTE THAT RE-RUNS OF THE ORIGINAL BBC TV SHOW ARE NOW BEING SHOWN ON A FRIDAY NIGHT ON BBC4 – FOR MORE INFO: www.bbc.co.uk/programmes 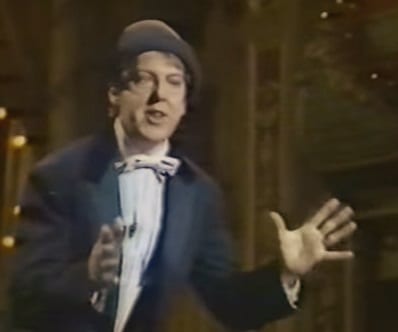