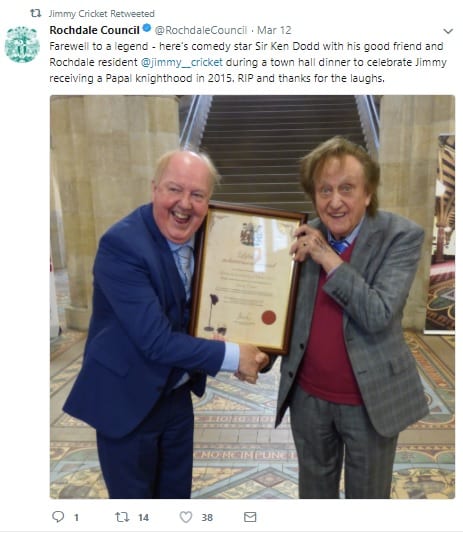 Jimmy Cricket has been remembering comedy friends Jim Bowen and Sir Ken Dodd, who died within a few days of each other.

Liverpool legend Sir Ken, creator of the Diddy Men, passed away last weekend aged 90, having recently been released from hospital after six weeks of treatment for a chest infection.

And broadcaster and comedian Jim, best known for hosting darts-based game show Bullseye in the 1980s and ’90s, died on Wednesday at the age of 80.

Belfast-born and Rochdale-based Jimmy posted a video on Twitter in which he pays a special tribute to Sir Ken (below).

And Rochdale Council also tweeted the photo at the top of this article, saying: “Farewell to a legend – here’s comedy star Sir Ken Dodd with his good friend and Rochdale resident @jimmy__cricket during a town hall dinner to celebrate Jimmy receiving a Papal knighthood in 2015. RIP and thanks for the laughs.” 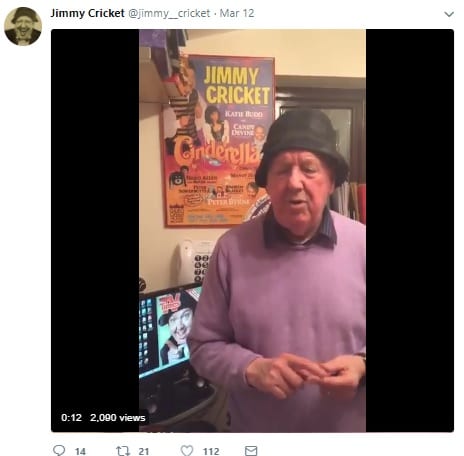 The Universe, the weekly Catholic newspaper, featured a photograph of Sir Ken on its front page (below), saying: “Catholic comedian leads tribute to legendary funnyman.”

And the Rochdale Observer also reported on Jimmy paying tribute to Sir Ken. The story recalled the tale of the stolen concrete wellies – read more about that here. 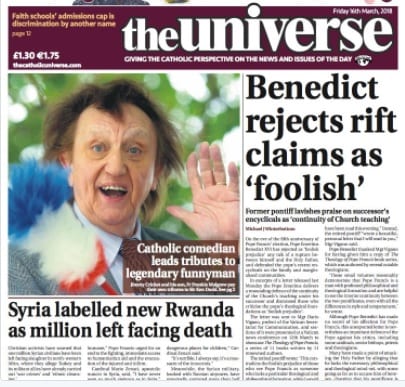 Jimmy tweeted: “So sad to hear of the passing of another legendary comic and game show host, my friend Jim Bowen, another

Show in Gillingham proves to be a big success