Jimmy Cricket returned to the Warners circuit for the first time in a decade in June.

The famous comedian, 69, visited their resort on Hayling Island off the south coast of England – the first of several appearances he will be making for Warners in the next 18 months, as he is also down to be at:

Jimmy’s appearance at the Hayling Island resort appeared to go very well – this was confirmed by Judy Bown who posted the following message on his Facebook page:

“Saw him at Warners Lakeside last weekend he was absolutely brilliant and got a standing ovation. Xx”

Jimmy is pictured above with Ben and Linda, who were guests at the resort for the weekend, and below with Carl and Danielle from the ents team at Hayling Island. 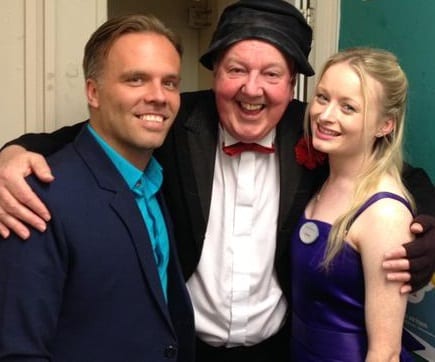