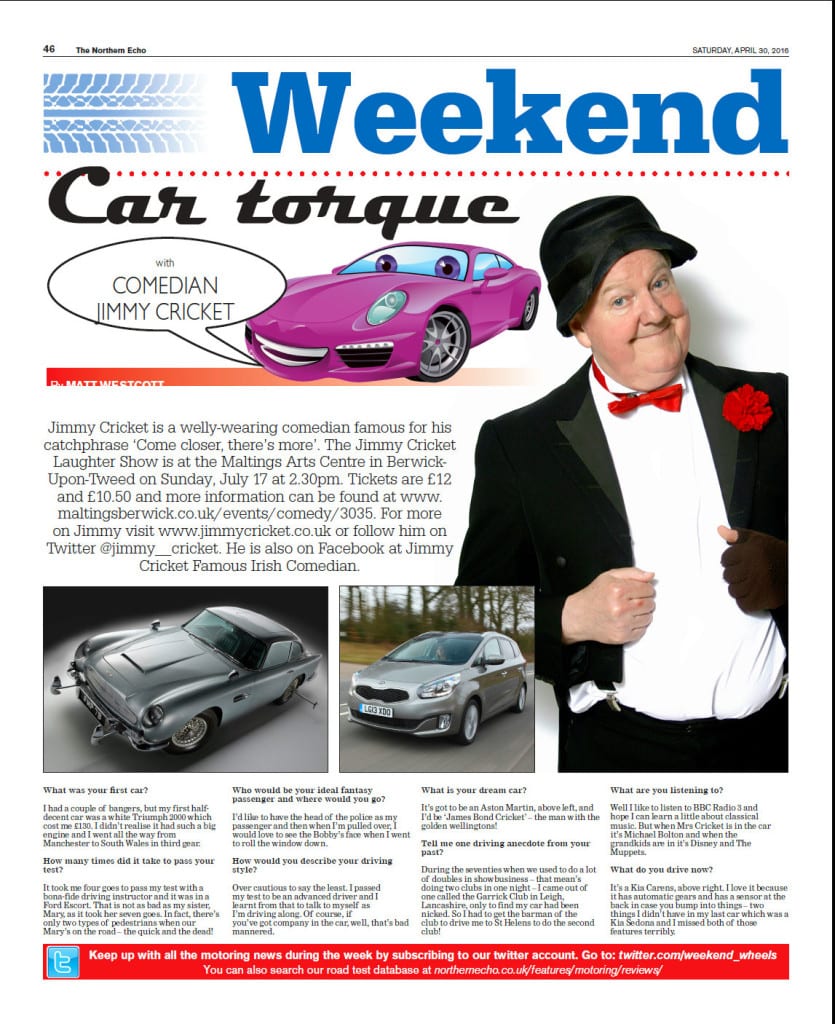 Jimmy Cricket was quizzed about cars in a recent edition of The Northern Echo newspaper in north-east England.

Among other things, the well-known entertainer, 70, was asked about his first car (a white Triumph 2000 which cost him £130) and how many times it took him to pass his driving test (four!).

And when questioned about his dream car, the Northern Irish comic said: “It’s got to be an Aston Martin and I’d be ‘James Cricket Bond’ – the man with the golden wellingtons!”

Jimmy is famous for his trademark wellies, which he wears on the wrong feet.