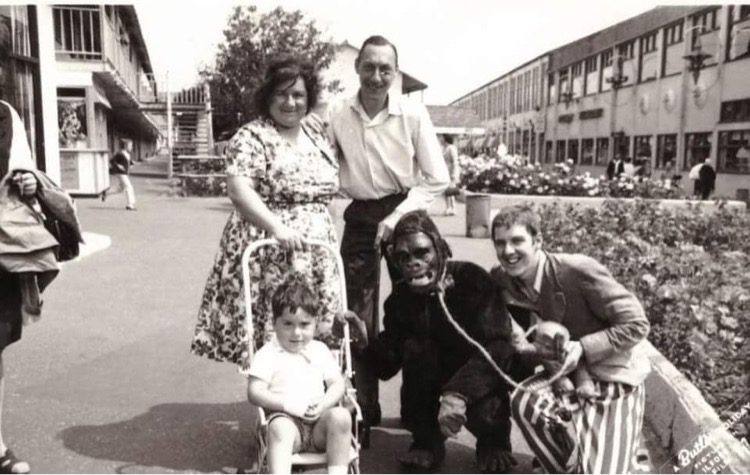 Here’s a treat for you from Jimmy’s past – a photo of him as a Butlin’s Redcoat in the late 60s.

“The entertainment manager was a man called Bill Martin.

“He’d been a comedian in twice-nightly variety, which meant he toured in theatres up and down the country in the late 40s and early 50s.

“He had a wealth of experience and he took me under his wing.

“He made me the camp comic, which meant I was relieved of official duties and could dress up in silly clothes and gatecrash The Knobbly Knees contest and The Glamorous Grandmother Competition.

“In the enclosed photo, I’ve managed to talk a fellow Redcoat into climbing into a gorilla costume and I walked him round the camp with a lead having photographs taken.

* * Thanks to Neil Whitfield for sending this photo to Jimmy.