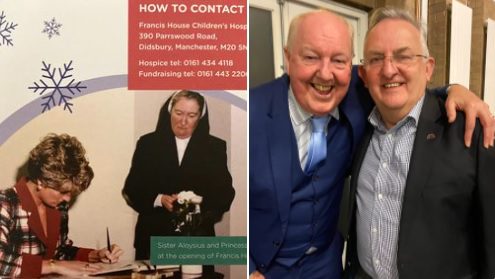 Jimmy Cricket has congratulated his favourite charity, Francis House Children’s Hospice, for turning 30 years old.
Francis House reached the memorable milestone on Thursday 25 November.
Jimmy said on social media: “Big Congratulations to @FrancisHouseCH who have officially turned 30 yrs old.
“Pictured here (see photo above) at the official opening is Princess Diana alongside the instigator of the project Sister Aloysius.
“And me with the original architect and now Director David Ireland #supportyourlocalhospice.”
Jimmy has raised more than half-a-million pounds for the south Manchester charity over the years.
That is thanks to countless touring shows and parish hall events across two decades. 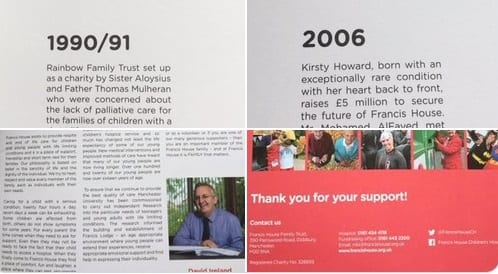 Based in Didsbury, Francis House cares for children and young adults with life-threatening conditions.
It provides a home from home where families receive professional care, support and friendship.

Sister Aloysius and Fr Thomas Mulheran set up the Rainbow Family Trust in the early 1990s as a charity.

They were concerned about the lack of palliative care for the families of children with a short-life expectancy. 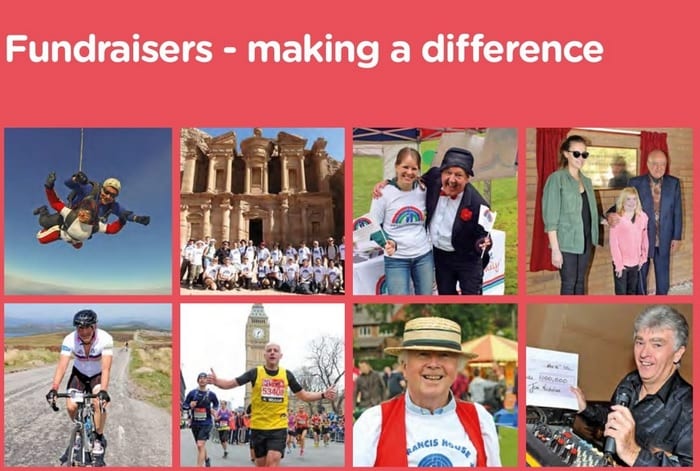 To celebrate its anniversary, the hospice is asking supporters, staff, volunteers and families to share their favourite memory.