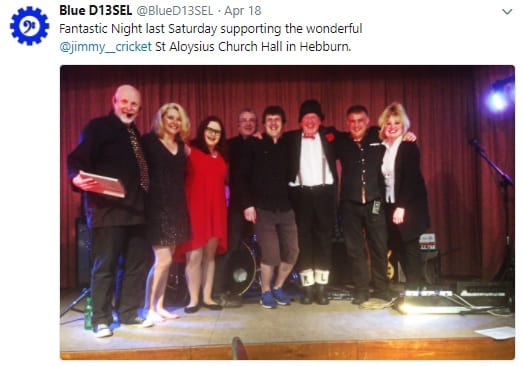 Jimmy Cricket was supported by a six-piece rock band when he performed in the North East of England recently.

Blue D13SEL played on the same show as the famous Northern Irish comedian at St Aloysius Catholic Church Hall in Hebburn, which is a small town situated on the south bank of the River Tyne in North East England.

Hebburn is also the subject of an eponymous BBC television comedy series set in the town. The six-part series commenced broadcasting on BBC Two on 18 October 2012 starring Kimberley Nixon and Chris Ramsey.