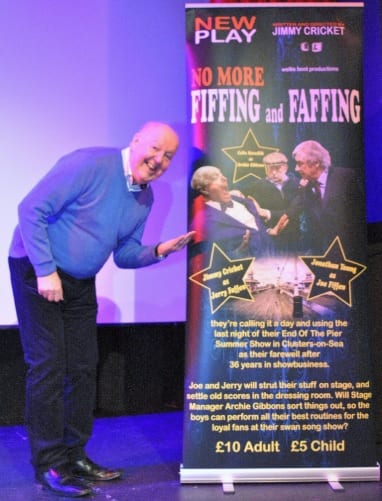 Jimmy Cricket’s comedy play is on the road again today (Sunday) and there are still some tickets available.

No more Fiffing and Faffing had its debut last September at the Blackburn Empire Theatre and it is being performed later at the Chorley Little Theatre in Lancashire as part of a North of England tour.

And @eventphotos67 said on social media yesterday: “Looking forward to doing the dress rehearsal photos with the legend Jimmy Cricket this Sunday. His new play No More Fiffing & Faffing is on at the Chorley Little Theatre. With performances at 2.30pm & 7.30pm.”

For details of how to book, visit here. 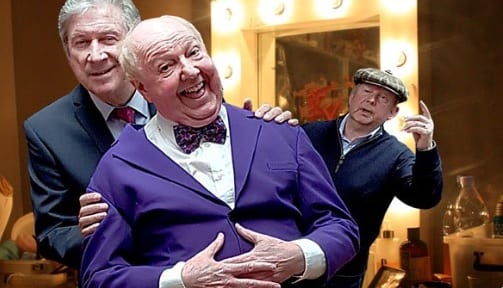 Jimmy Cricket will be performing his comedy play at 2.30pm and 7.30pm on Sunday at the Chorley Little Theatre