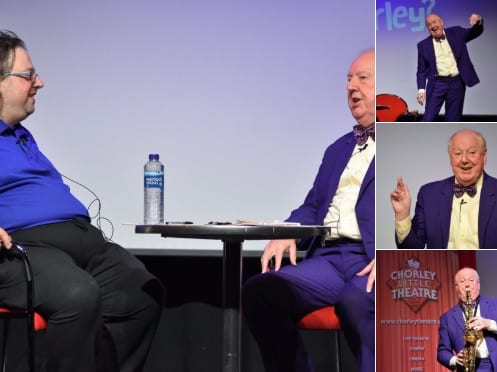 Jimmy Cricket reminisced about his life and career during a festival in Lancashire this weekend.

The popular entertainer, born in Belfast, Northern Ireland, and now living in Rochdale, Greater Manchester, took part in the Festival of Words, entitled What’s Your Story, Chorley? on Saturday.

He spoke to an audience at the Chorley Little Theatre about his famous Letters from Mammy and how he came to write his first comedy play, called No more Fiffing and Faffing.

Event Photos 67‏ posted the photos above on Twitter and said: “The wonderful @jimmy__cricket this morning at the @ChorleyTheatre reading and chatting about his life in the local event ‘What’s Your Story Chorley ‘.”

Jimmy published the pictures below on social media, adding: “My thanks to the artistic Director and host for this morning’s interview with Ian Robinson @ChorleyTheatre for #WhatsyourstoryChorley alongside Estelle and Carol with Paul on sound and lighting!”

His play, No more Fiffing and Faffing, had its debut last September at the Blackburn Empire Theatre and he will be back at the Chorley Little Theatre on 19 May to stage it there as part of a North of England tour.

He wrote the play and also appears in it, along with Jonathan Young from The Bachelors, and actor Colin Meredith, who has appeared in ITV’s Coronation Street. 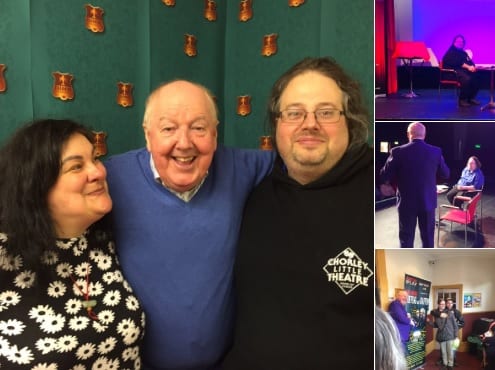