A DJ who does a good Elvis Presley impersonation joined Jimmy Cricket for another fundraising event for the Francis House Children’s Hospice in Manchester.

Famous funnyman Jimmy performs at several such shows each year which are organised by his friend, the DJ Jim Nicholas, and the most recent was at the end of September and hosted by St Oswald’s Social Club in Warrington.

The Northern Irish-born entertainer was joined on stage by his wife, female vocalist May Marion (left), and the event was compered by DJ Jim (of Cliff’s Disco), who also does a good turn as Elvis (above right)!

The show was a very touching occasion as it was organised by a family who use the Hospice on a regular basis and wanted to give back some of the support they have received over the years.

They promoted the event, selling the majority of the tickets, and it was a big success resulting in a considerable amount of money being raised for this great cause.

Jimmy, seen on the right in action at the fundraising event  wearing his famous wellies, is also pictured below with photographer Ricky Sandtide Matthews who took all the pictures on this page. 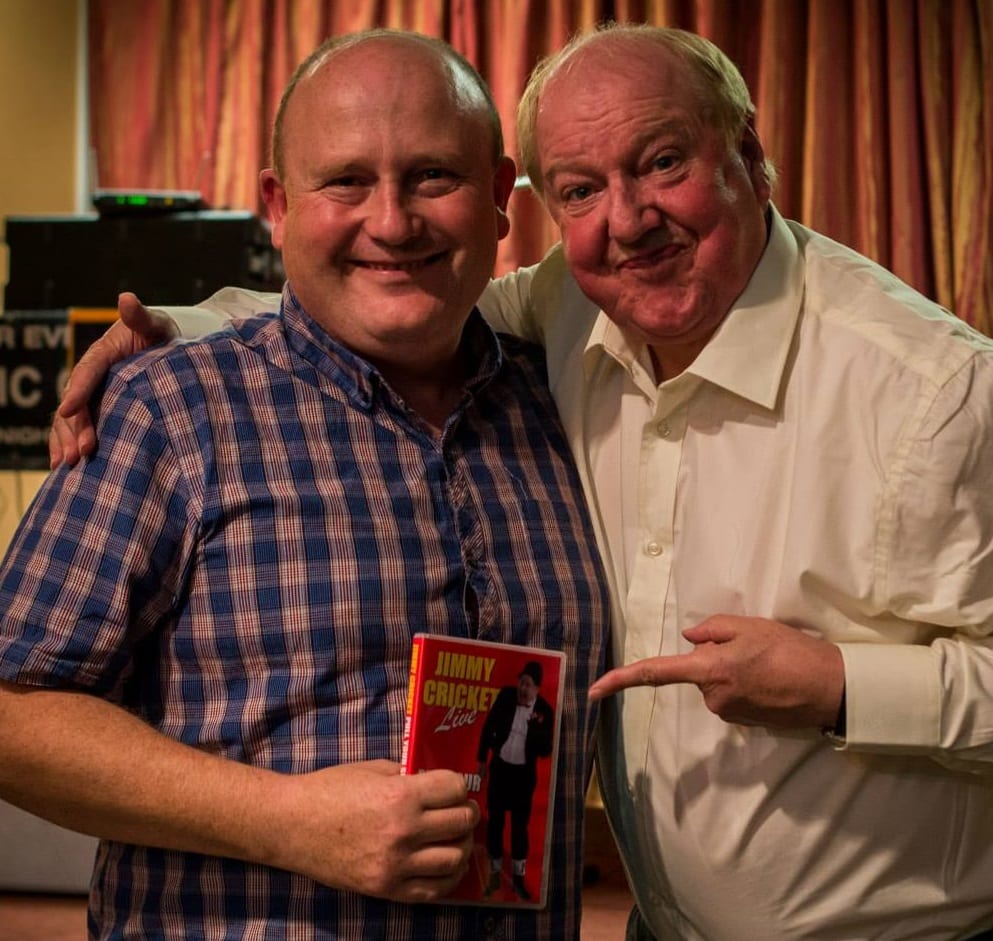 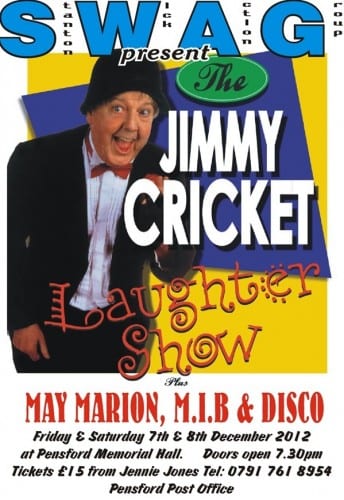 Attention all those in the Bristol area – Jimmy Cricket is appearing at a venue near you!

All profits raised will go towards the action group. If you wish to read more about their objectives, visit here.

The show not only features the hilarious comedy of Jimmy, but also includes the female vocalist May Marion and Musicians in Black.

Jimmy said: “This will be a great way to mark the start of the festive season. Tickets are selling quickly, so don’t delay and support this event which has been organised by volunteers with the aim of helping the local community!” 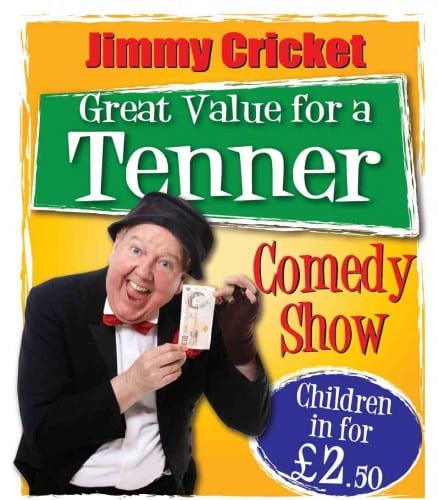 You may have noticed that the events calendar on this website is still not working properly.

The October dates are all there, but not the ones for November even though they were inputted by the web team several weeks ago.

They will appear once November arrives, but we realise that is of no use to those of you wanting to find out where Jimmy is a month or two in advance.

So again please accept our apologies and while we try to identify and correct the fault, here is Jimmy’s schedule in November – as always events are subject to change, of course. 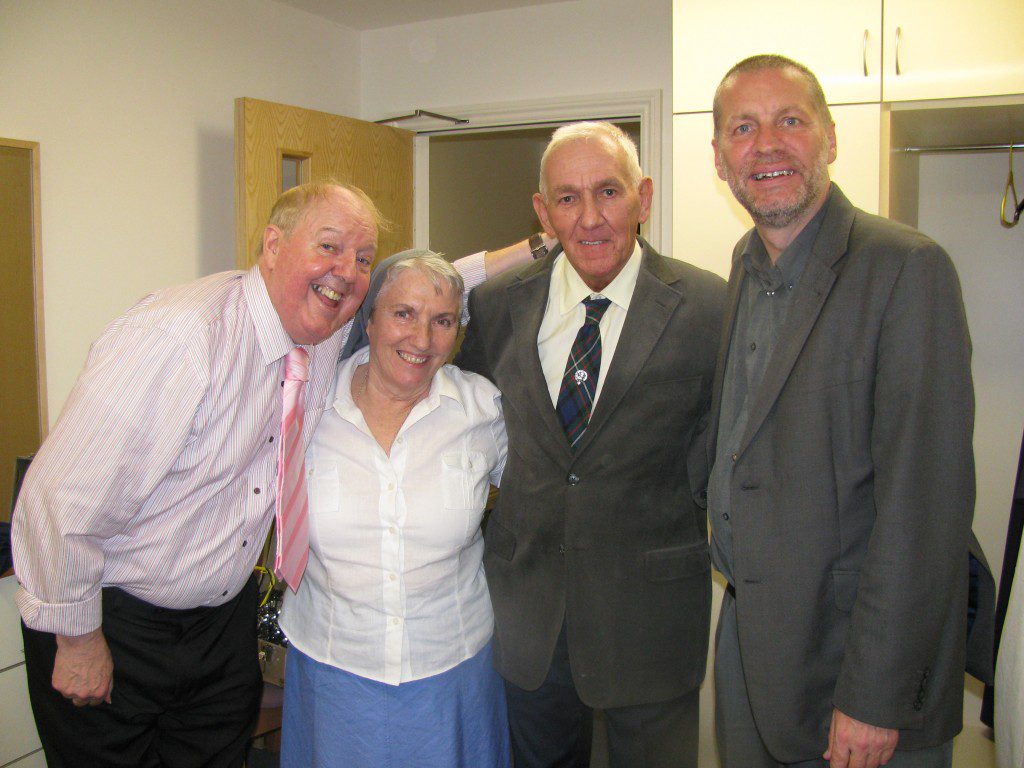 Jimmy Cricket’s fund-raising autumn tour of Roman Catholic parish centres included a church which doubles up as a social club.

In addition to all his other charity work, the Irish comedian raises money for the Francis House Children’s Hospice with Jim Nicholas – who brings his Cliff’s Disco outfit along as support – alongside Jimmy’s wife May Marion, who adds some vocal sparkles.

The tour featured the Blessed Cardinal Newman parish in Latchford, Warrington. The event took place in the main church, which is also the main social centre when partitions are brought in to close off the altar.

It was hugely successful and more than £2,000 was raised.