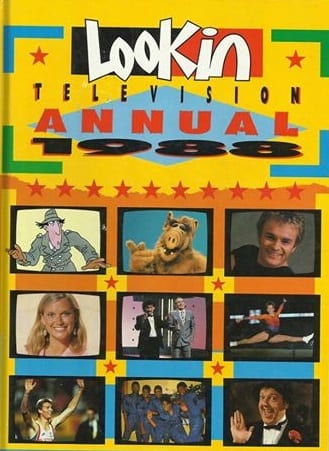 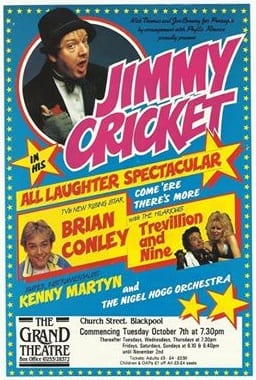 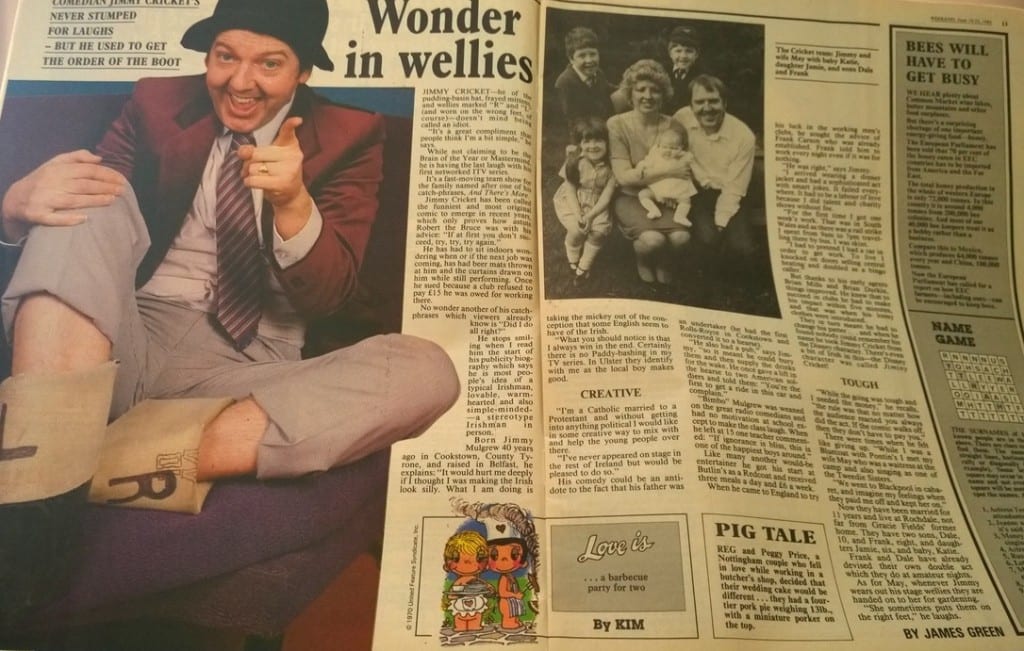 Jimmy Cricket was described as the “Wellie Wonderman” by a magazine during the 1980s. 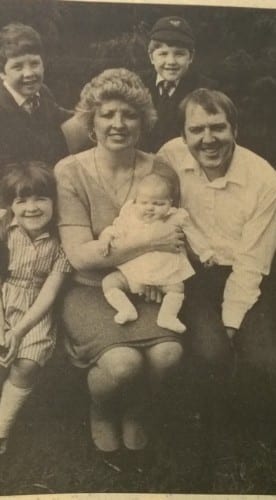 The entertainer, famous for his wellies which he wears on the wrong feet, and his family were featured  in the issue of Weekend and Titbits on 19 June 1985.

Jimmy was pictured on the front page of the magazine holding a cricket bat and an article entitled “Wonder in wellies” inside includes a photograph (right) of Jimmy and his young family at the time.

This nostalgic look-back is courtesy of Amy Phillips who has set up a new website and blog (an online diary) about the variety genre under the title Variety Emporium.

Jimmy said: “I am most grateful for Amy featuring on this new website a look-back at one of the publications I appeared in during the 1980s.

“I  was also thrilled Amy recently came along to see my ‘Audience with’ show at the Ormskirk Civic Hall – it shows Amy really is a true supporter of variety!” 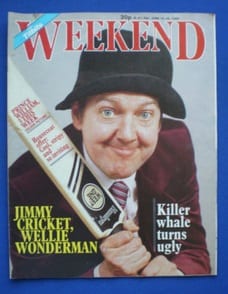