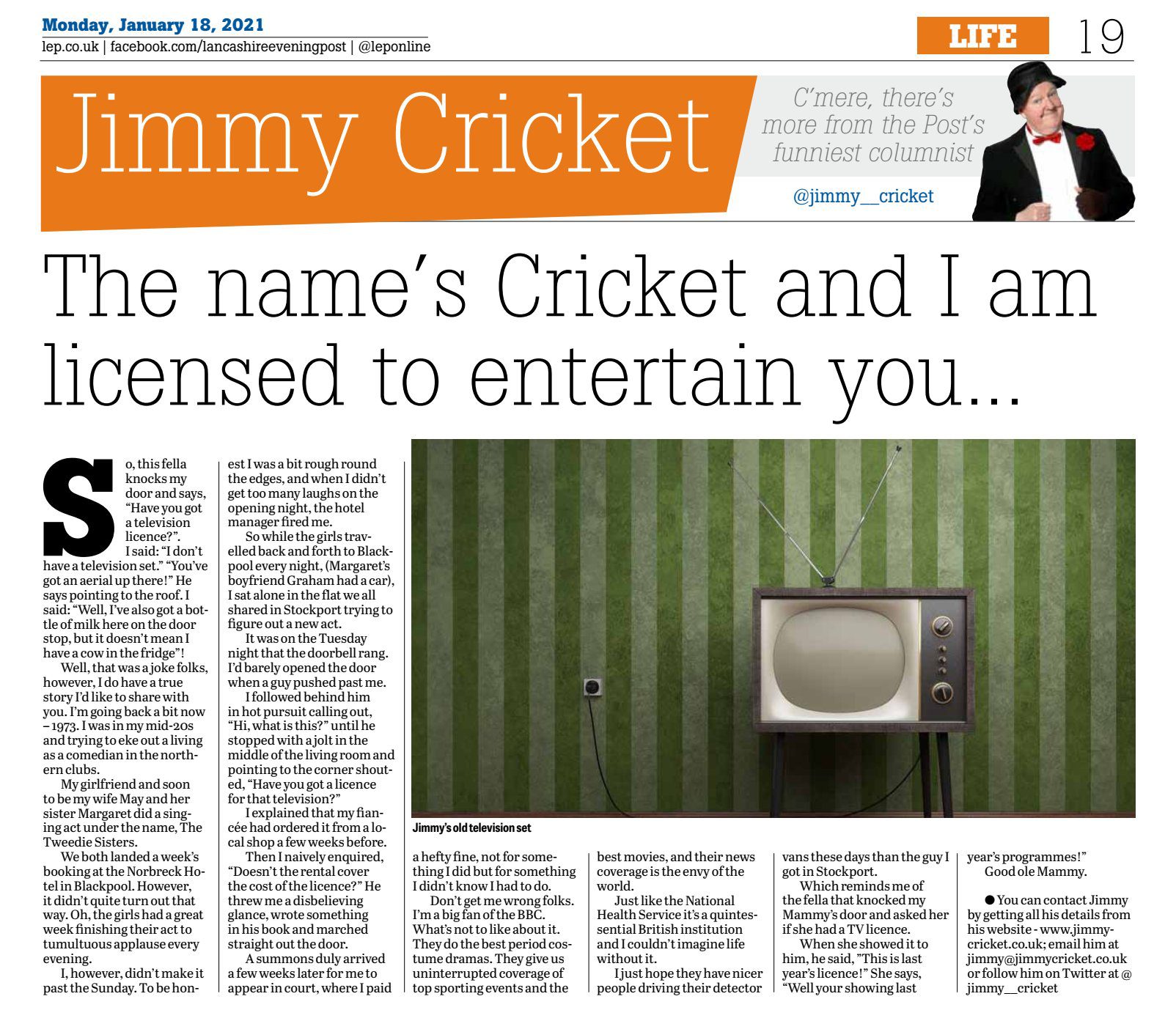 Jimmy Cricket was once summoned to court for not doing something he didn’t even know he had to do!

In the 1970s, before he was famous, the Northern Irishman fell foul of the TV licensing authorities.

He revealed his story in his Lancashire Post column.

“Going back decades here is this month’s @leponline column.

“Here I’m sharing my humble beginnings in the world of showbusiness, which doesn’t get much funnier than this! #savevariety”

“My girlfriend and soon-to-be-my-wife May and her sister Margaret did a sing­ing act under the name, The Tweedie Sisters.

“We both landed a week’s booking at the Norbreck Ho­tel in Blackpool. However, it didn’t quite turn out that way.

“Oh, the girls had a great week finishing their act to tumultuous applause every evening.

“I, however, didn’t make it past the Sunday. To be honest I was a bit rough round the edges, and when I didn’t get too many laughs on the opening night, the hotel manager fired me.

“So while the girls trav­elled back and forth to Black­pool every night, (Margaret’s boyfriend Graham had a car), I sat alone in the flat we all shared in Stockport trying to figure out a new act.

“It was on the Tuesday night that the doorbell rang. I’d barely opened the door when a guy pushed past me.

“I followed behind him in hot pursuit calling out, ‘Hi, what is this?’ until he stopped with a jolt in the middle of the living room and, pointing to the corner, shout­ed: ‘Have you got a licence for that television?’

“I explained that my fian­cee had ordered it from a lo­cal shop a few weeks before.

“Then I naively enquired: ‘Doesn’t the rental cover the cost of the licence?’ He threw me a disbelieving glance, wrote something in his book and marched straight out the door.

“A summons duly arrived a few weeks later for me to appear in court, where I paid a hefty fine, not for some­thing I did but for something I didn’t know I had to do.

“Don’t get me wrong folks. I’m a big fan of the BBC. What’s not to like about it?

“They do the best period cos­tume dramas. They give us uninterrupted coverage of top sporting events and the best movies, and their news coverage is the envy of the world.

“Just like the National Health Service it’s a quintessential British institution and I couldn’t imagine life without it.

“I just hope they have nicer people driving their detector vans these days than the guy I got in Stockport.” 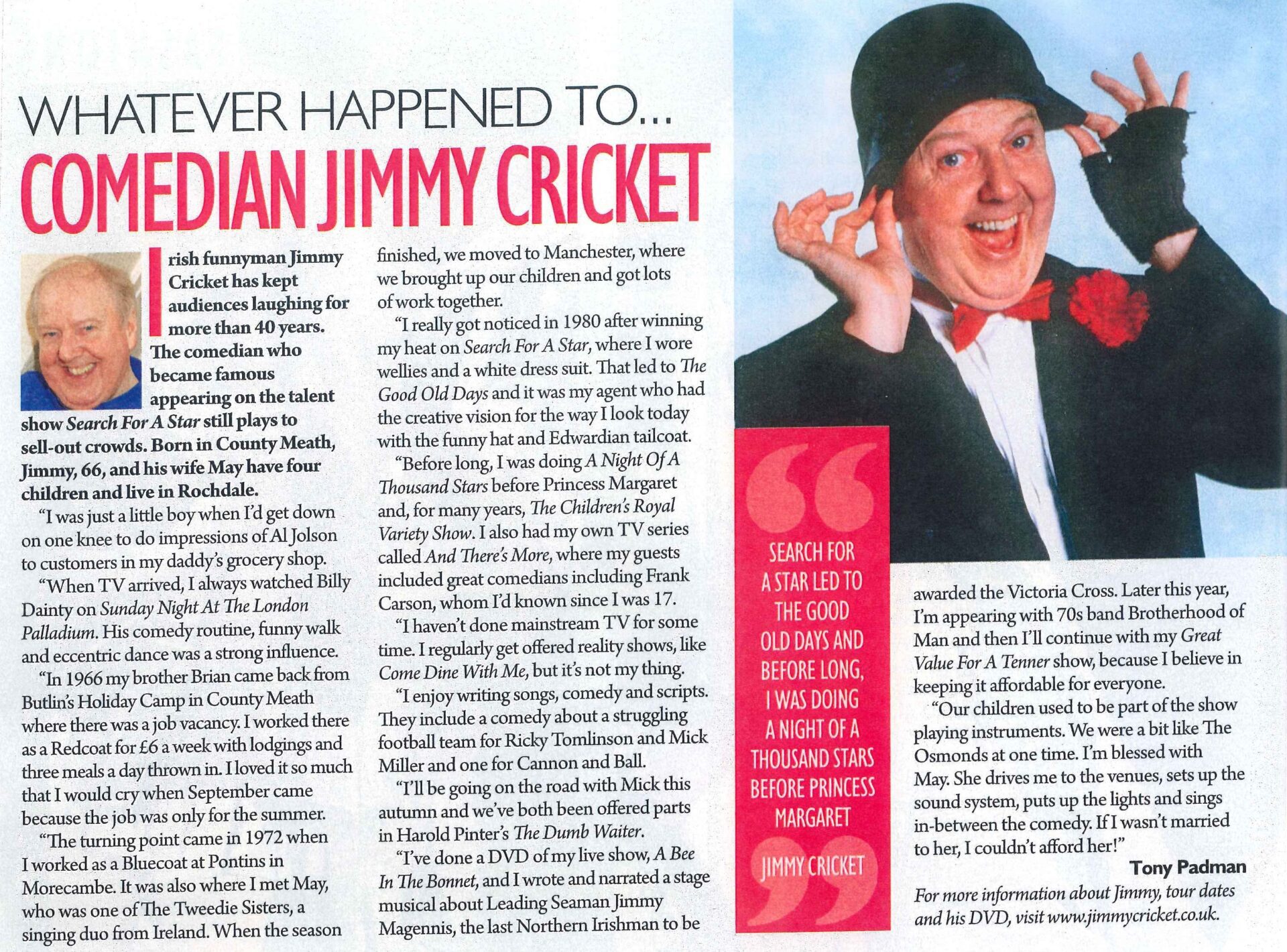 The feature, written by Tony Padman, appeared in the magazine section of last Saturday’s Daily Express.