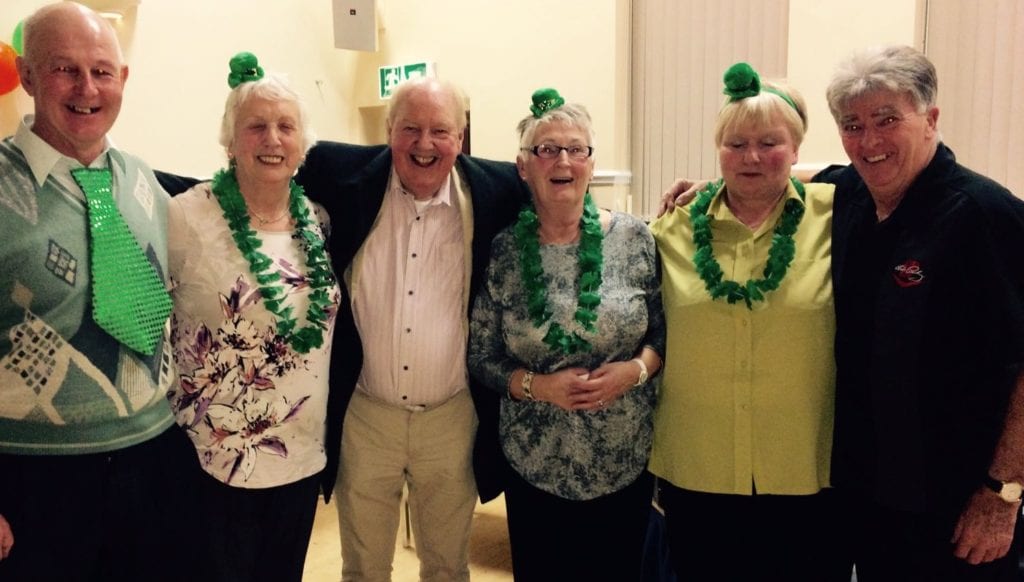 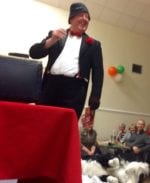 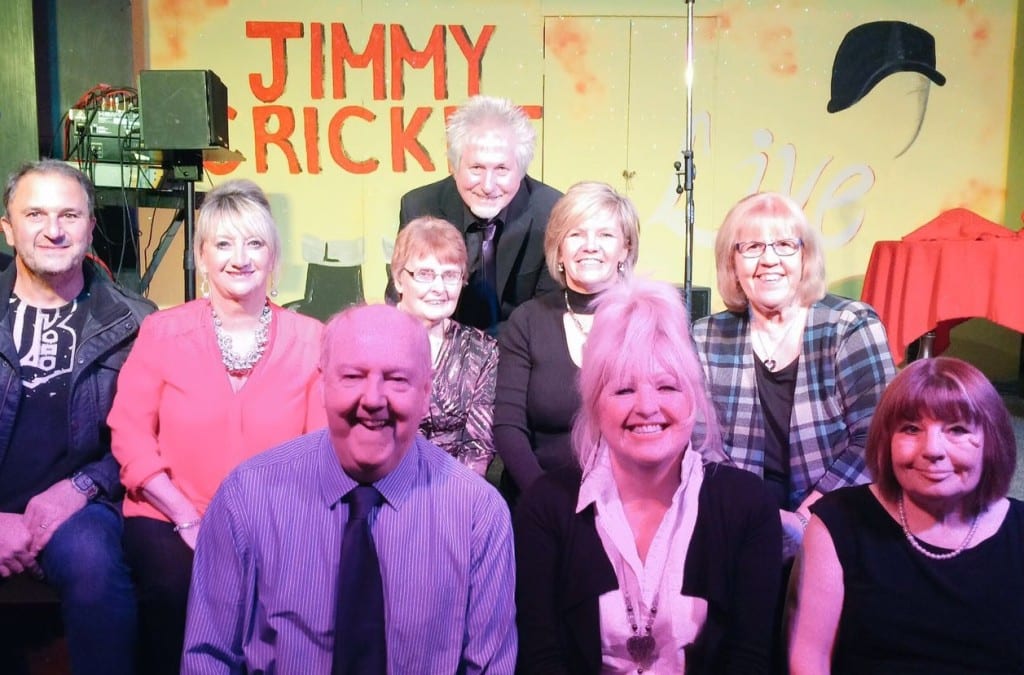 Jimmy Cricket recently visited the small rural community of Sabden in the Ribble Valley to appear at a fundraiser.

In idyllic surroundings, the famous comedian performed at St Mary’s Church Hall to raise funds for the parish and its community.

The event was organised by parishioner Pauline Hindle, who actually had it planned in Jimmy’s diary in June 2015 – almost 18 months in advance!

Also on the show with Jimmy was his wife, singer May Marion, and the local priest, Fr Kevin – who sang a few songs with his guitar – with the whole evening led by the compere, Kevin Lingard.

Kevin is a professional entertainer and member of a Herman Hermits tribute band – but his main connection in this instance was that he lives in the village of Sabden.

There was also a connection for Jimmy to this small Lancashire community as his son, Fr Frankie Mulgrew, spent his first placement as a Catholic priest in the parish.

Jimmy, 71, said: “A packed hall was present to see the show and the organising committee [pictured top with him and his wife May] made us very welcome!” 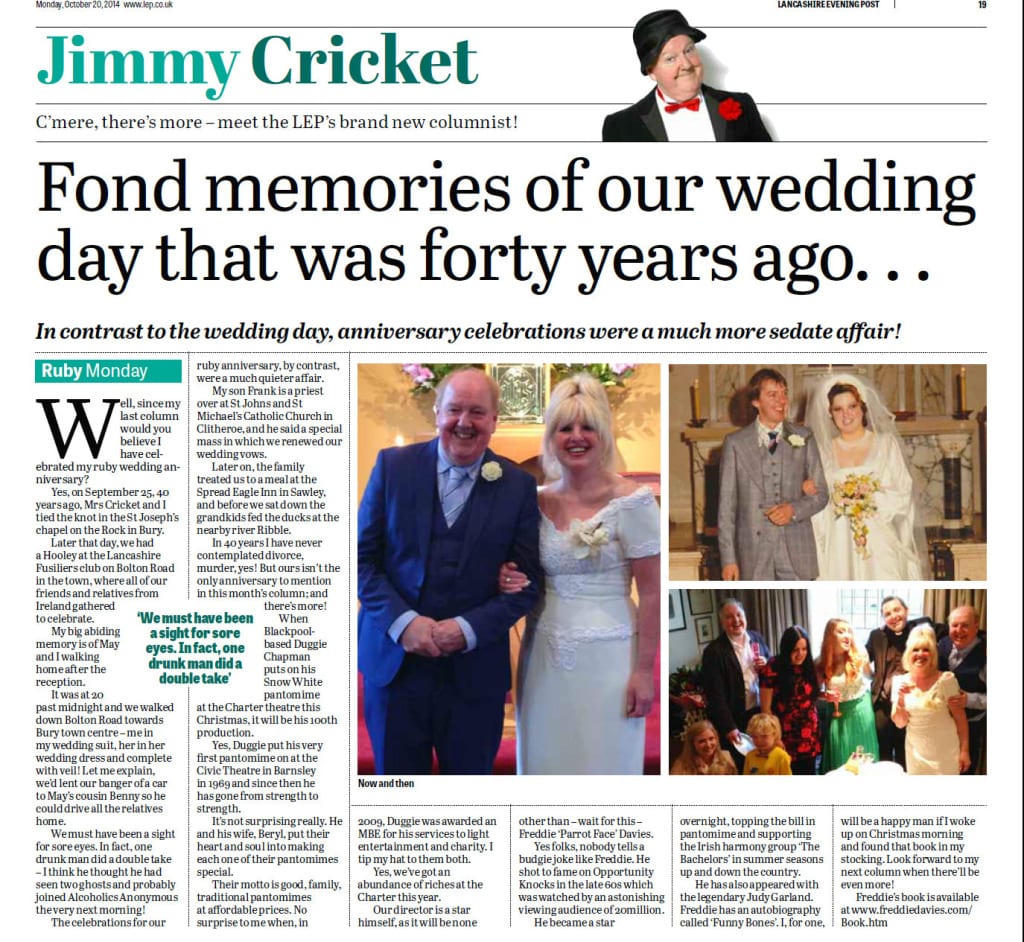 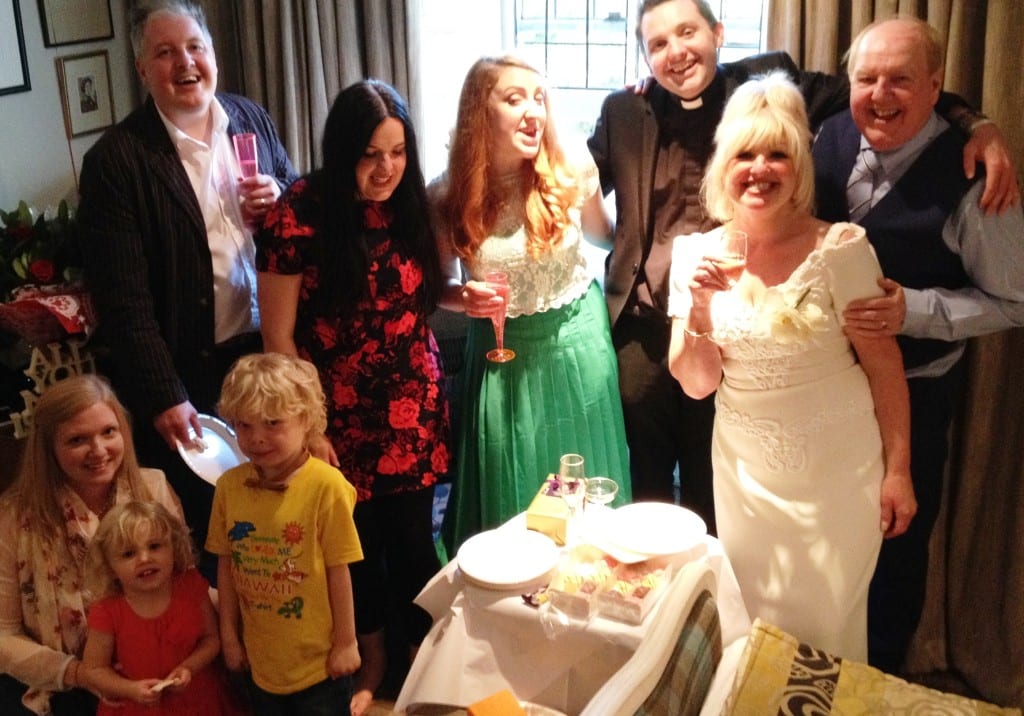 It was a family occasion in more ways than one when Jimmy Cricket and his wife May celebrated their ruby wedding anniversary recently.

They got married at St Joseph’s Catholic church in Bury on 25 September 1974 (photo right) and, 40 years and three days later, they renewed their vows at St Mary’s, Sabden in East Lancashire (below left).

And the priest who took the Sabden service was none other than the couple’s younger son, Fr Frankie Mulgrew.

Close family (above) attended the service, which was followed by a special celebratory dinner at the nearby Spread Eagle Inn, Sawley in the Ribble Valley. 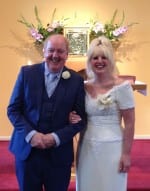 Joining both Jimmy and May for their special day of celebrations were all four of their children: Dale, Frankie, Jamie and Katie.

Jimmy and May’s grandchildren made their presence known during the day as both Tristan and Lorelai participated in this joyous occasion.