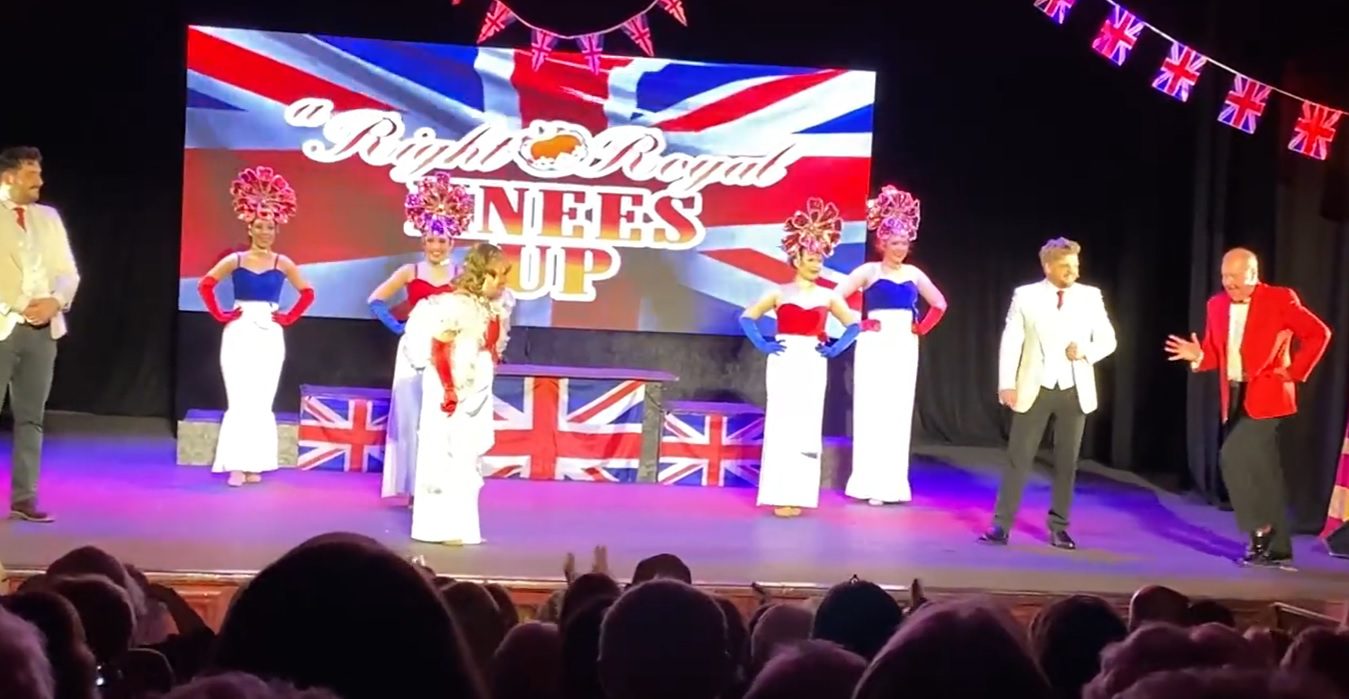 Watch video below of the musical conclusion to a popular series of royal shows celebrating the Queen’s Platinum Jubilee.

It took place at numerous venues around the country over the past few weeks.

Jimmy posted footage showing the final few minutes of the tour at the Pomegranate Theatre in Chesterfield, Derbyshire, on bank holiday Friday.

He said: “My heartfelt thanks, as this Jubilee Show comes to a end.

“It was wonderful to share the stage with this hugely talented cast of players, Performer/Producer/Leah Bell, Gabs, Annabelle, Tia, Bethan, Glen and David and the very talented IT technician Ashley! #ARightRoyalKneesUp.”

However, as with her previous jubilees, the first week in June hosted a series of high-profile celebratory events.

Other venues for A Right Royal Knees Up included the Prince of Wales Theatre in Cannock and the Spa Pavilion Theatre in Felixstowe.

The production was billed as a “feel-good performance packed with show-stopping scenes”.

It also featured “sing-a-long memories and spectacular footage… of a nostalgic journey through the 70-year reign of Queen Elizabeth the Second”.

Visit Jimmy’s Tour Dates section here to find out the full dates and details of all his shows.

Also read on this website: Join us for A Right Royal Knees Up!