Who won the Wellie award for March? 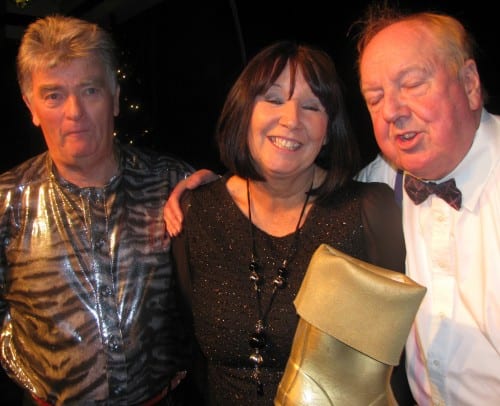 A lady who has given a considerable amount of money to charity was the winner of Jimmy Cricket’s Golden Wellington award for March.

The award was presented to Eileen at a fundraising event at the Greater Manchester Police Sports & Social Club, which is based at Hough End in Chorlton.

* The photo is of Eileen and Jimmy with DJ Jim Nicholas – both Jims were part of the evening’s programme of entertainment. 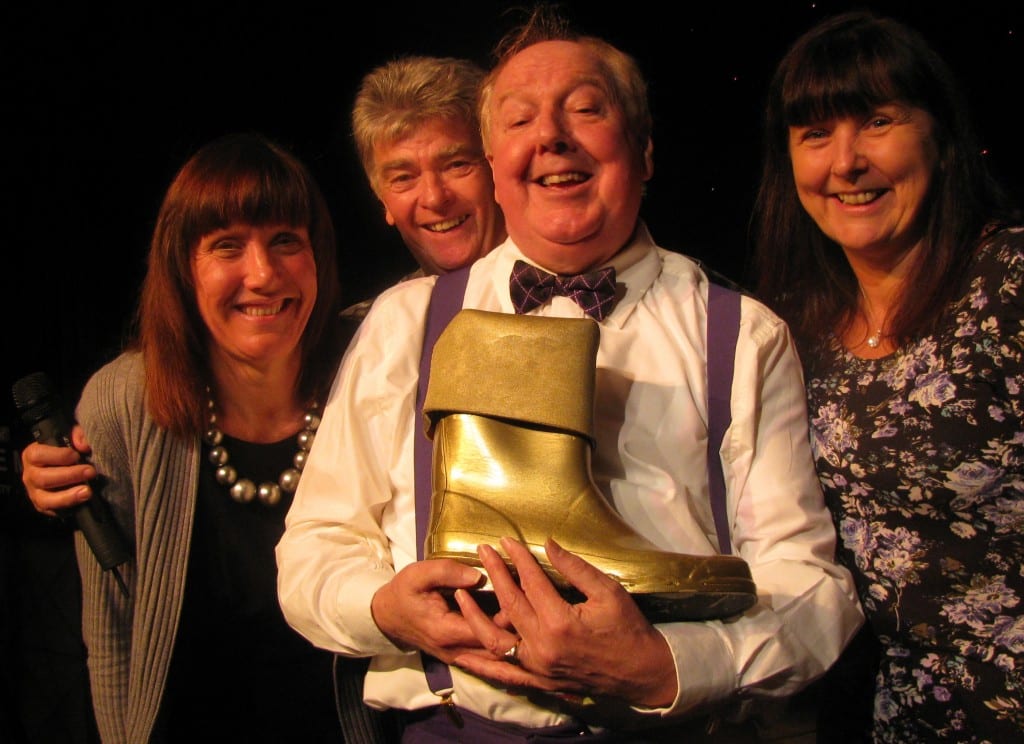