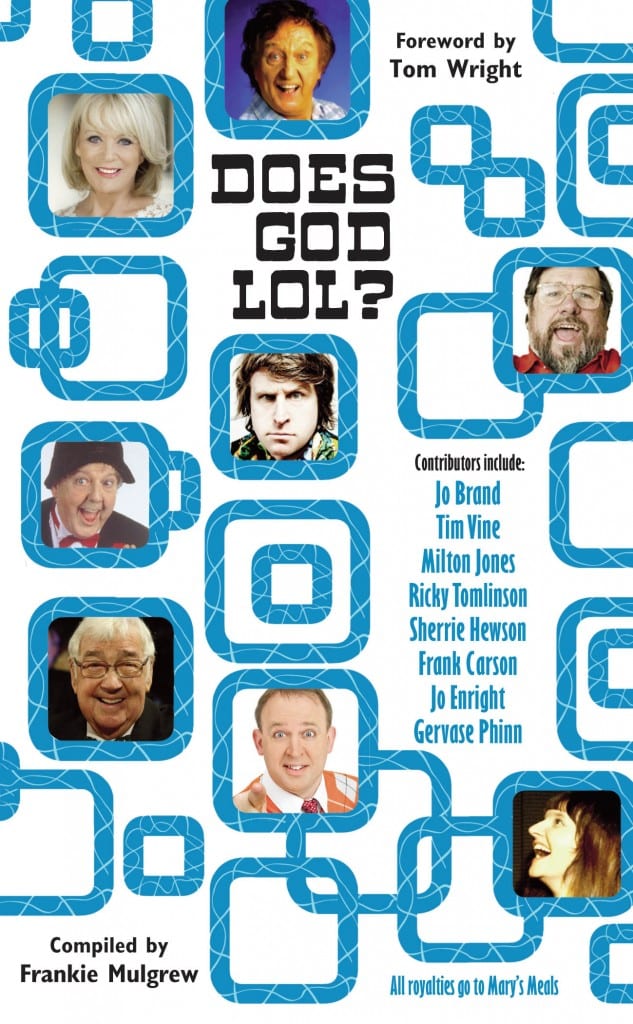 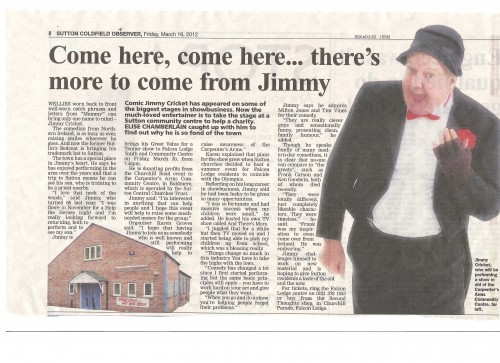 Jimmy Cricket is to appear in a charity show in a town which has a special place in his heart.

The famous Irish comedian is performing at the Falcon Lodge Youth and Community Centre in Sutton Coldfield, Birmingham, West Midlands, on Friday 30 March.

It means Jimmy will also be able to see his youngest son, Frankie, who is training to be a Roman Catholic priest at nearby Oscott College.

He told the Sutton Coldfield Observer: “I love that neck of the woods. I was there in November for a Help the Heroes night and I’m really looking forward to returning, both to perform and to see my son.”

The profits from the show will go to the Carpenter’s Arms Community Centre which is operated by the Sutton Central Churches Trust.