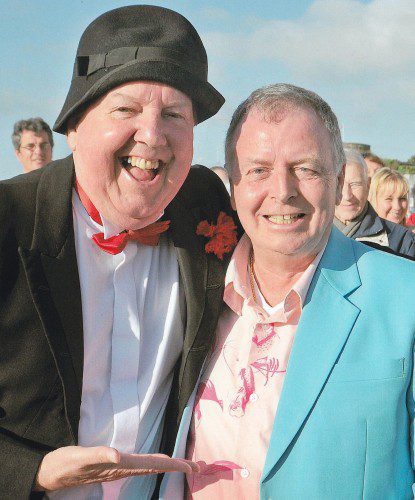 Jimmy Cricket had them rocking around the clock on the beach this summer!

It was on the day that Jimmy appeared live on ITV’s breakfast show, Daybreak, in Eastbourne on the south coast.

“Chris was playing his keyboard as part of the outside broadcast when I arrived on the scene and got the assembled crowd to sing Rock Around The Clock,” laughs Jimmy.

“Chris is a professional organist and is very accomplished. He not only plays at various concerts in Eastbourne, where he lives, but he is much in demand across the country and this extends to playing engagements on cruise ships.

“He is not just a talented person, but a really lovely guy as well.”

Find out more about Chris at http://www.chris-mannion.co.uk.

Jimmy was in Eastbourne two days a week during the summer, starring in Sentimental Journey, which ran at the Royal Hippodrome Theatre in the East Sussex town until 26 September. 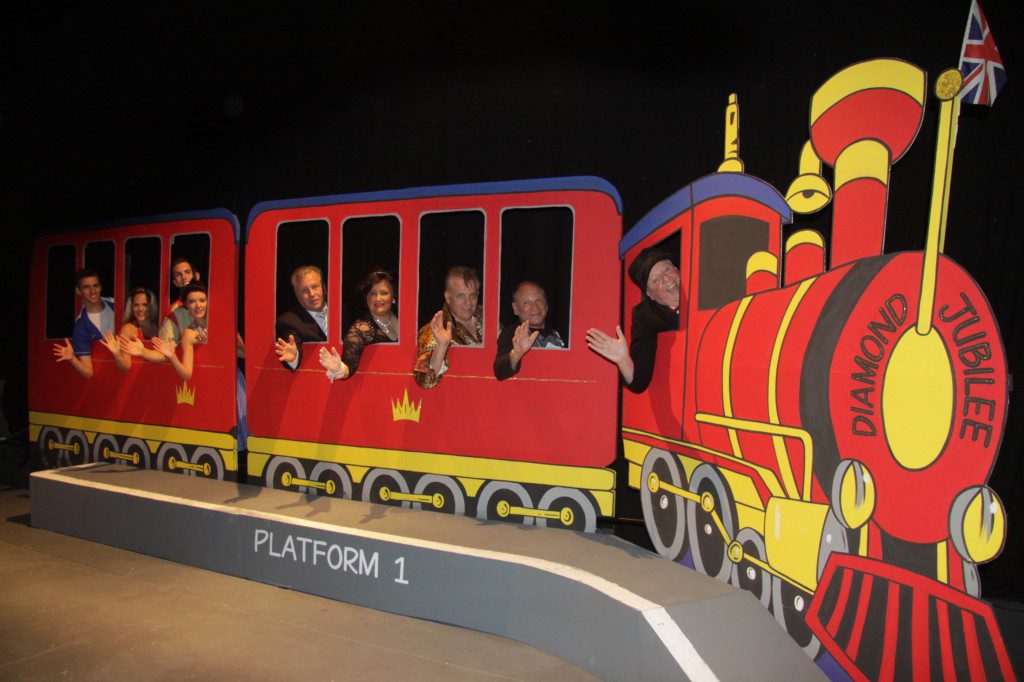 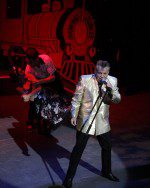 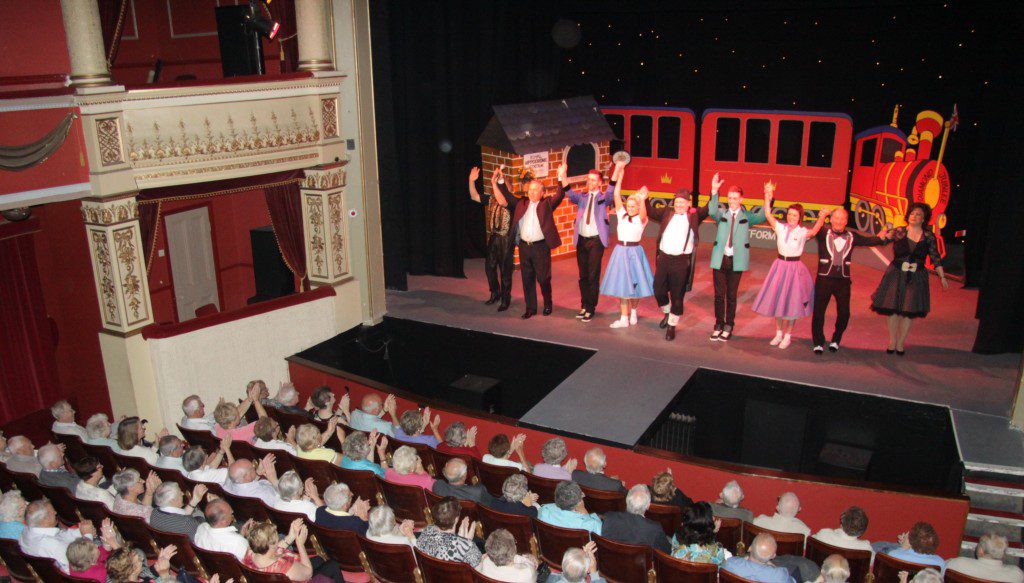 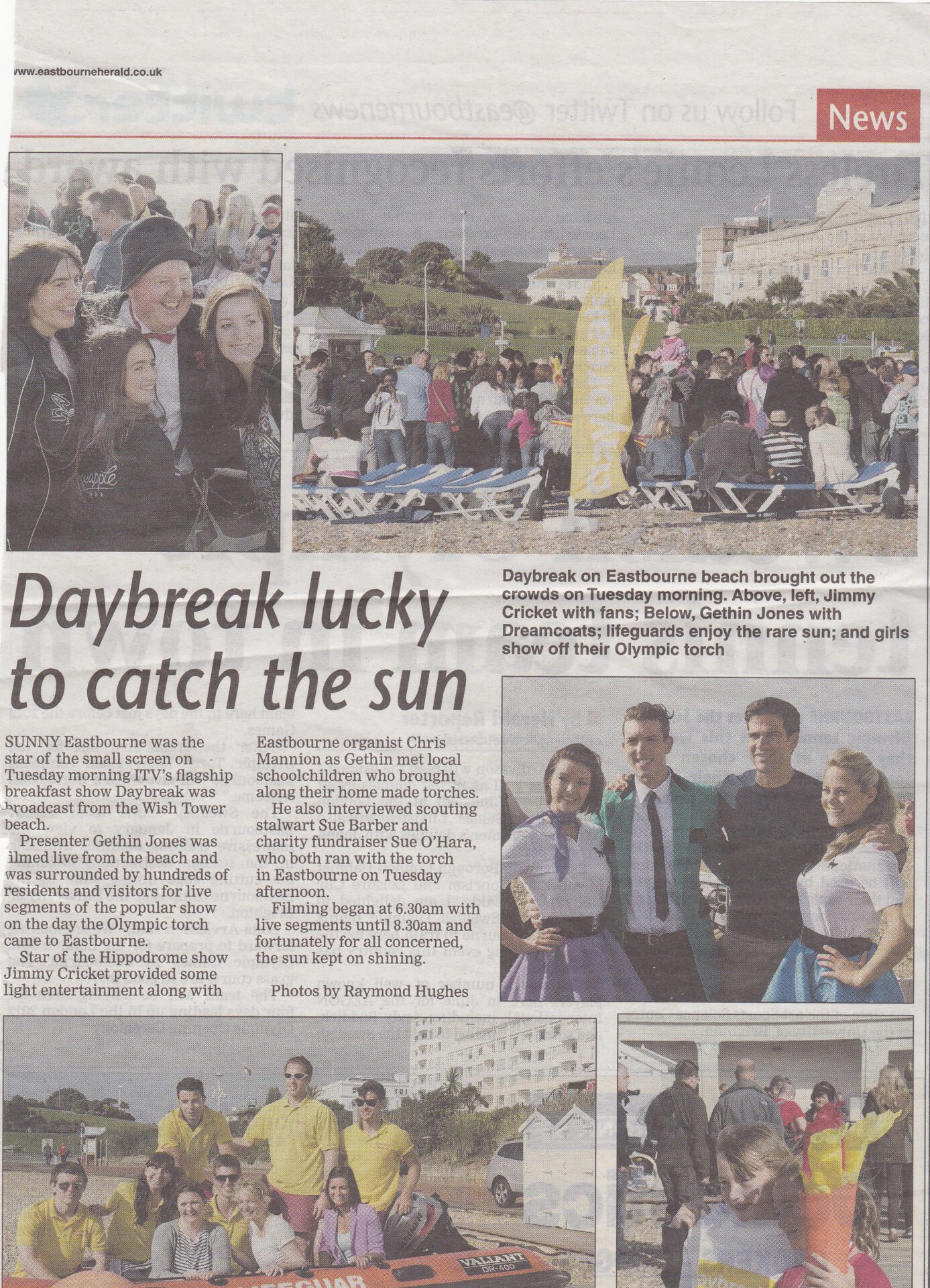 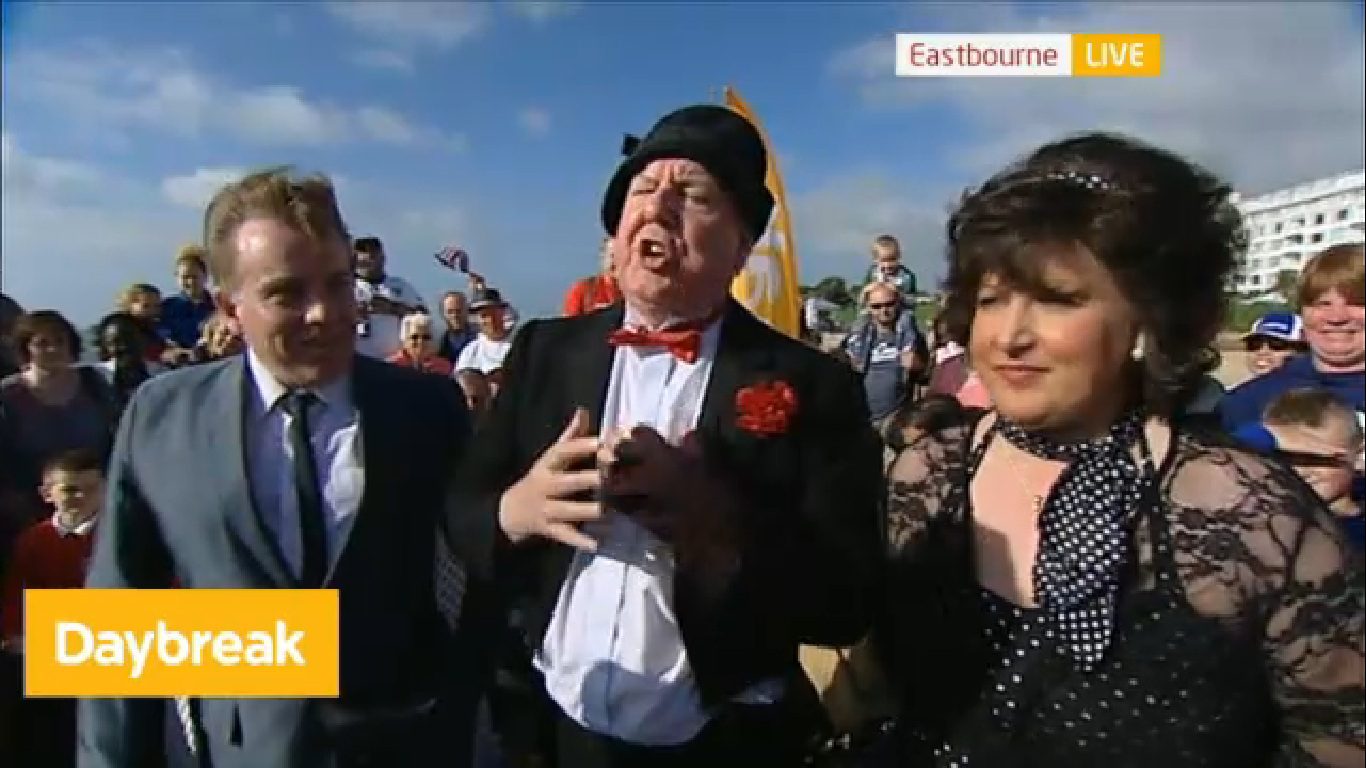