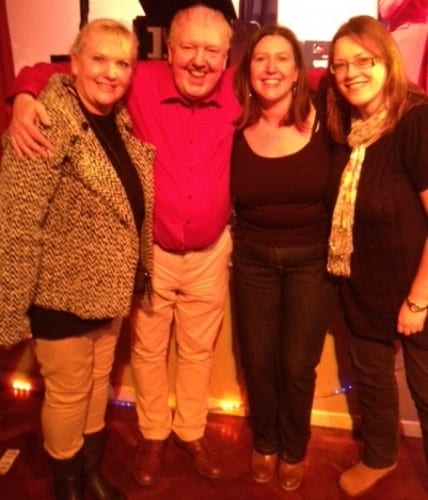 Jimmy Cricket with audience members at the Pensford Memorial Hall

Jimmy Cricket had two enjoyable days during a recent visit to Bristol.

The famous funnyman did a couple of performances at Pensford Memorial Hall last Friday and Saturday in aid of the Stanton Wick Action Group.

Jimmy said: “The shows were excellently put together by the two organisers, Jennie Jones and Tracey Lewis. Also on the show was my wife – May Marion – and a dynamic duo called Musicians in Black.

“Both shows were full and the atmosphere was superb on both nights!”

Jimmy added: “A big acknowledgement to the B&B in Pensford called The Hollies, where I stayed over on the Friday night.

“The proprietor of this B&B was called Guilly Jones and the hospitality she provided to May and me was first class!

“Thanks also to Trina Anstey for sending in the attached photo she took at the first show on the Friday night. I am pictured with three of Trina’s friends!”

If you wish to read more about the objectives of the Stanton Wick Action Group, visit here. 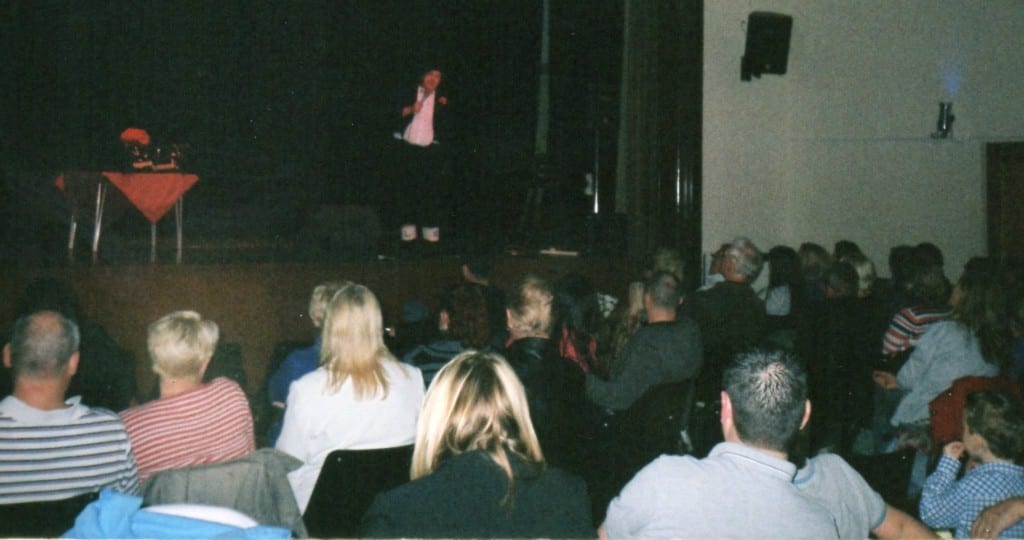 That was amazing to see 13 year old Sky Brown win a medal at the Tokyo Olympic...... Next thing you know they'll be having a baby event to see who can throw their nappy the farthest!

At the @LyndeneHotel here in sunny Blackpool tonight, (and for the first Wednesday of every month in 2021), which is my sixth year entertaining at this very popular venue, just a walk along the Promenade #liveperformance pic.twitter.com/VkkAi68h0w

Looking forward to returning to the wonderful Cast Theatre in Doncaster for entrepreneur Mark Andrews alongside my fellow performers on Tuesday 19th October for a matinee at 1.30pm #liveperformance pic.twitter.com/W4WKocojpS