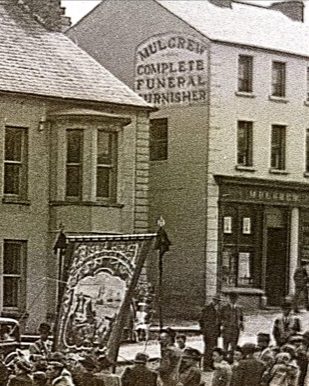 Jimmy Cricket was reminded of his childhood with a memory-evoking image taken of Cookstown, the County Tyrone town in which he was grew up.

The Northern Irish comedian was born James Mulgrew in Cookstown on 17 October 1945.

Now a popular all-round entertainer, Jimmy said he was recently sent the photograph seen here on the right.

He added: “As you can see, there’s a parade going through the town.

“But, if you look up, you can clearly see the name Mulgrew.

“My parents owned a bar and had an undertaking business at the back.

“And it didn’t finish there – my father was also a taxi driver and an auctioneer. He had four jobs!

“He was an entrepreneur and a character in Cookstown.”

Jimmy left school at 16 years of age and worked for the next two years in a betting shop.

He spent the summer of 1966 working as a Redcoat in Butlin’s holiday camp in County Meath.

That was followed by two more summers at the Butlin’s holiday camp in Essex.

By the early 1970s, he was living in Manchester and from 1972 worked at the Pontins holiday camps in Southport and Morecambe.

He became a household name though his TV series on Central Television in the mid-1980s called And There’s More.

Jimmy ended up settling in Rochdale in the North-West of England with his wife, May, herself a professional singer.

Also read: You Must Be Joking comedians meet up in Cookstown 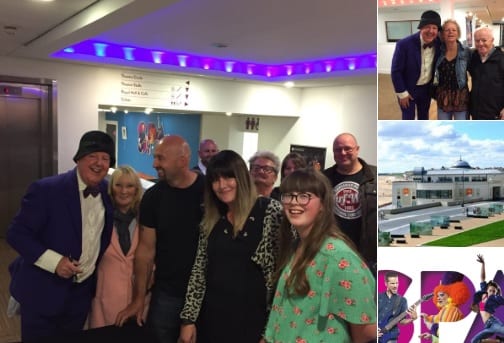 Jimmy Cricket performed one of his sketches with a former Butlins Redcoat colleague during his Bridlington Spa appearance at the weekend.

The famous comedian took his “Great Value For a Tenner” show  to the East Yorkshire venue, with his wife and singer May Marion (her stage name) one of the accompanying acts.

Jimmy posted the photos above later on social media, along with the following message: “Big thank you for a wonderful evening @bridspa with, “Stage Crew”, Gary, Oscar, Steve and Joey alongside Linda and all the, “Front of House Staff”, and my old friend and Red Coat Frankie Whittle popped in to see the show and performed with me on stage in the tennis sketch!

A reunion of old friends at the Lyndene Hotel 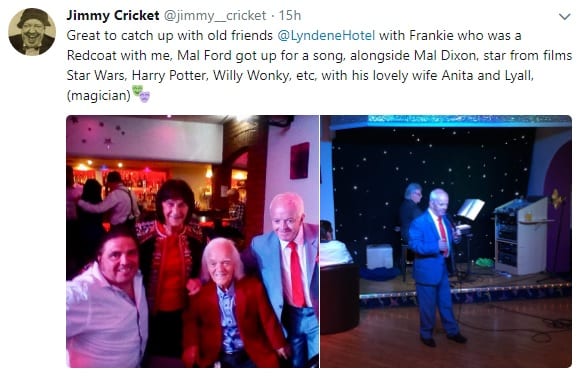 Jimmy Cricket enjoyed a reunion with some old pals at the Lyndene Hotel in Blackpool where he has been performing regularly over the past few years.

Among those the famous comedian caught up with recently was actor Malcolm Dixon, who played a character in Star Wars, and his wife Anita.

Star Wars is an American epic space movie franchise based on the series created by George Lucas. It depicts the adventures of various characters “a long time ago in a galaxy far, far away”.

Jimmy posted on Twitter: Great to catch up with old friends @LyndeneHotel with Frankie who was a Redcoat with me, Mal Ford got up for a song, alongside Mal Dixon, star from films Star Wars, Harry Potter, Willy Wonky, etc, with his lovely wife Anita and Lyall, (magician). 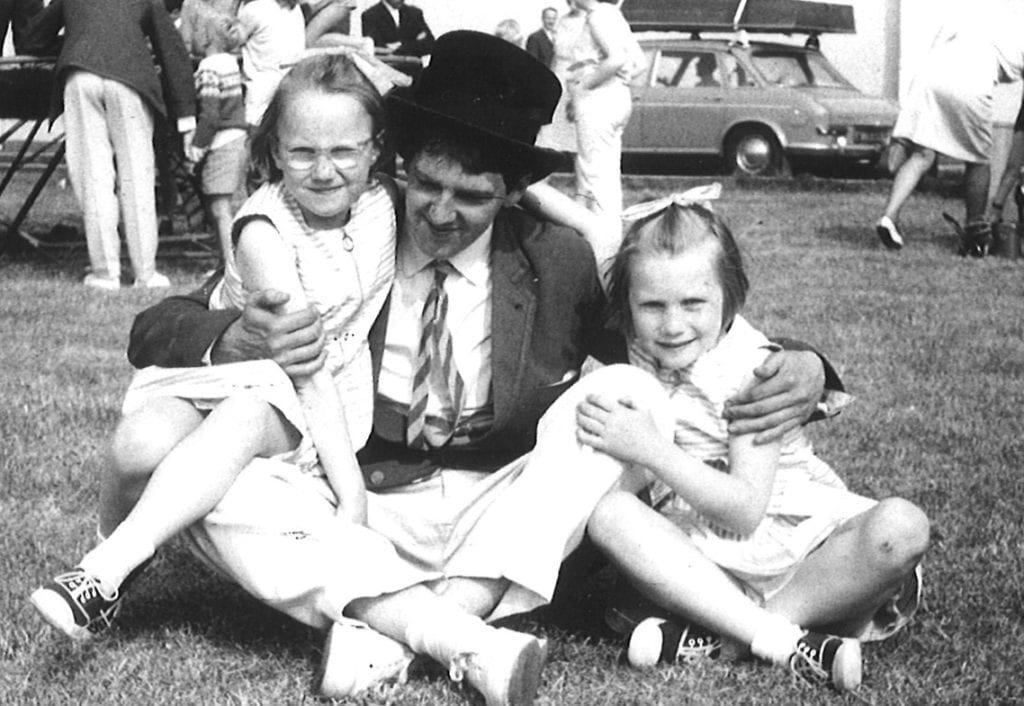 A photograph almost half-a-century old has brought back some great memories for famous entertainer Jimmy Cricket.

The Northern Irish comedian was recently sent the picture featuring him as a Butlins Redcoat in 1968.

At that time, Jimmy was at the Butlins resort in the Essex coastal resort of Clacton-on-Sea.

It was sent by a lady from Plymouth called Jill Bright and she and her sister Joy are with Jimmy in the photo above.

Jill explained her family had fond memories from that summer of an Irish Redcoat in Clacton, but it was not until she found negatives of photographs belonging to her mum that she saw a reference to his first name.

When she got the negatives processed, she realised this Irish Redcoat was none other than well-known funnyman Jimmy.

In a further twist, Jill also works in the theatre industry as she is the stage doorkeeper at Plymouth’s Theatre Royal.

Jimmy, 71, said: “I was thrilled to receive the photo as it brought back such wonderful memories for me and I would like to thank Jill for allowing me to see it again.”

Jimmy Cricket recently attended the Chelsea Lodge Ladies Festival as he was asked to formally propose a toast at the event.

This year’s president of the Chelsea Lodge is Jimmy’s lifelong friend Chas Elliot – the two met nearly 50 years ago when they were both Redcoats at the Butlins holiday resort in Clacton-on-Sea and they have remained very good friends ever since.

Famous comedian Jimmy, 71, was asked if he would like to participate in this year’s festival which took place at the Lancaster Hotel in west London.

There is a formal bit to this annual occasion and the organisers felt it would be appropriate if Jimmy was the proposer of the toast. The entertainment then follows – Jimmy was the headliner of this same event eight years ago. 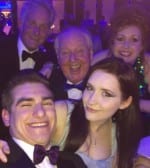 The ladies festival is not just meant to provide a wonderful evening of conviviality and socialising – the evening also raises a lot of money for great causes.

This year’s beneficiaries were: The Royal Masonic Benevolent Institution – which provides a home for 1,000 people across the UK while supporting many more through residential and nursing care and day care services; Prostate Cancer UK; and the Royal Variety Charity, which assists those who have worked in the entertainment industry and are in need of help. 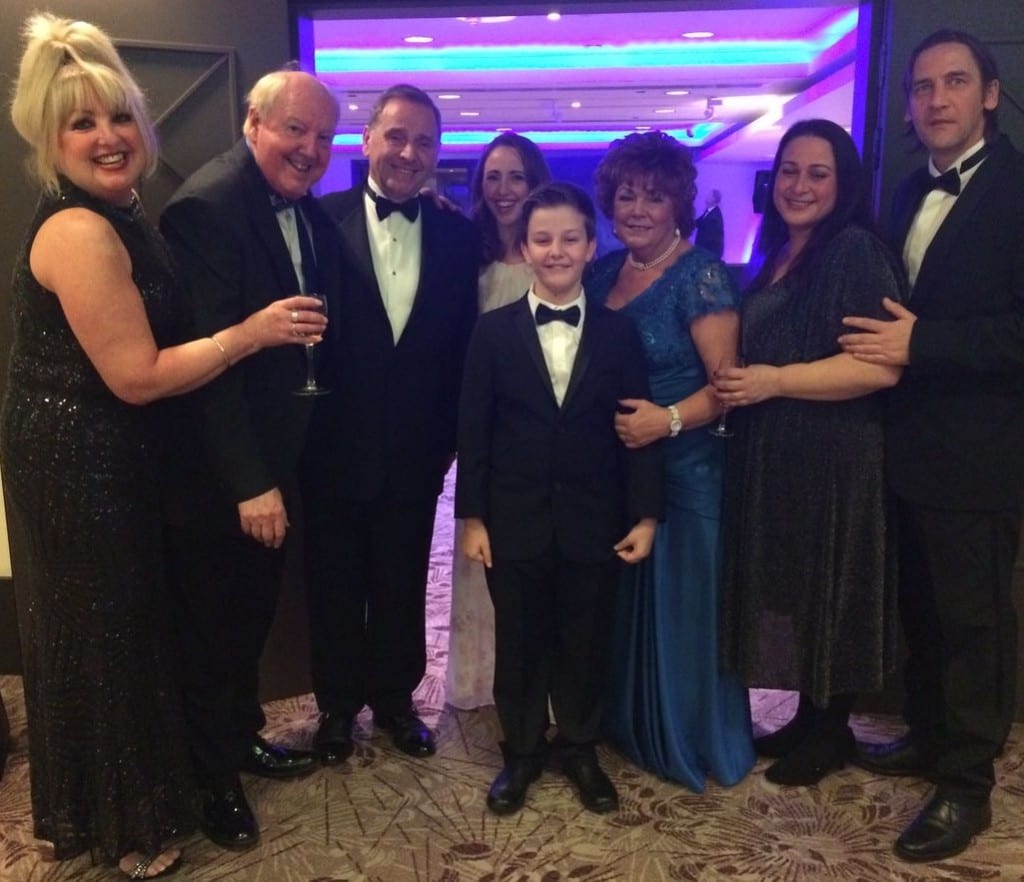 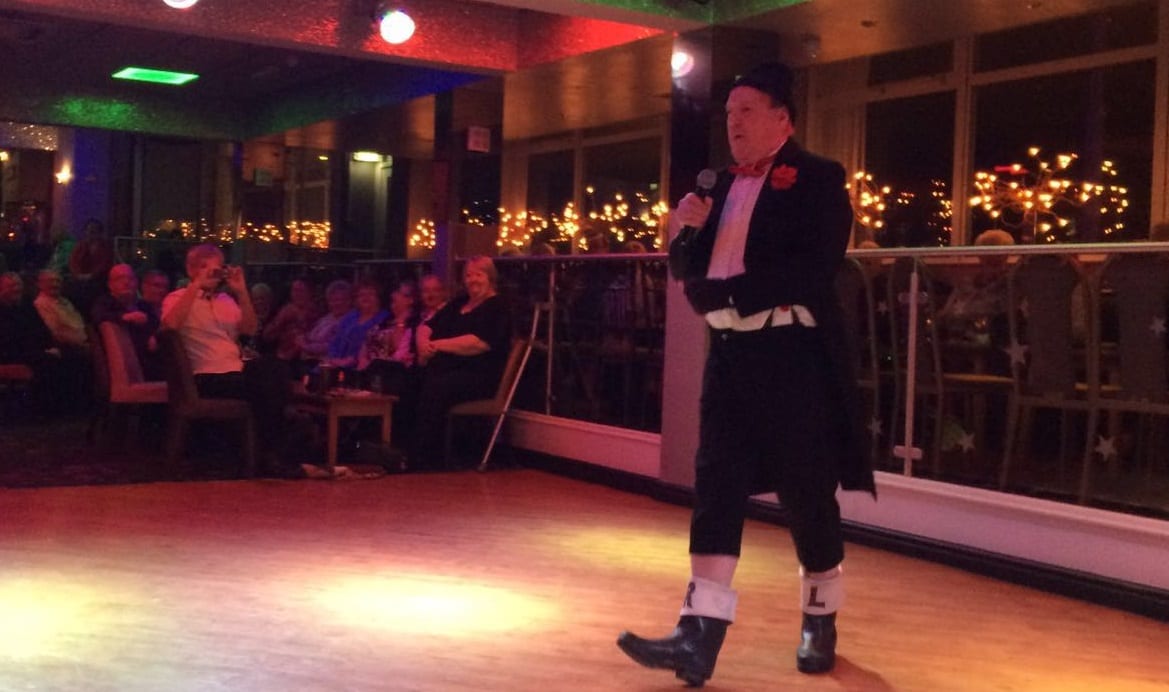 Jimmy Cricket is a month into his mammoth 32-date spring season at the popular Lyndene Hotel in the famous Lancashire seaside resort of Blackpool.

The season kicked off for the well-known entertainer on Wednesday 13 January and he will appear at the hotel a couple of times a week in the main up until the end of May. 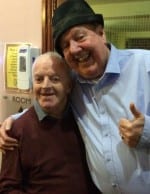 So with four months still to go, Jimmy said: “My enthusiasm for the place is unquenched and I am enjoying every minute of it!

“This is partly down to the variety of guests who are staying at the hotel and also because of all my friends and supporters who are popping along to see me.”

Pictured right with Jimmy is Blackpool-based Frankie Whitte who visited the Lyndene to see him; they go way back as they were both Butlins Redcoats back in the early 1970s.

On one occasion at the end of January, Jimmy bumped into a contingent staying at the hotel from an organisation called the Union of Catholic Mothers, with whom he is familiar having appeared at some of their functions over the years.

Jimmy, 70, added: “I am delighted to be in residency at the Lyndene Hotel and thank the owners – Barry and his wife, Carole –  for fixing this up for me.” 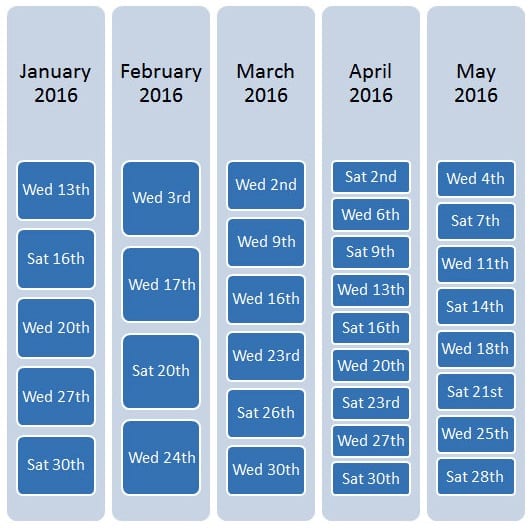