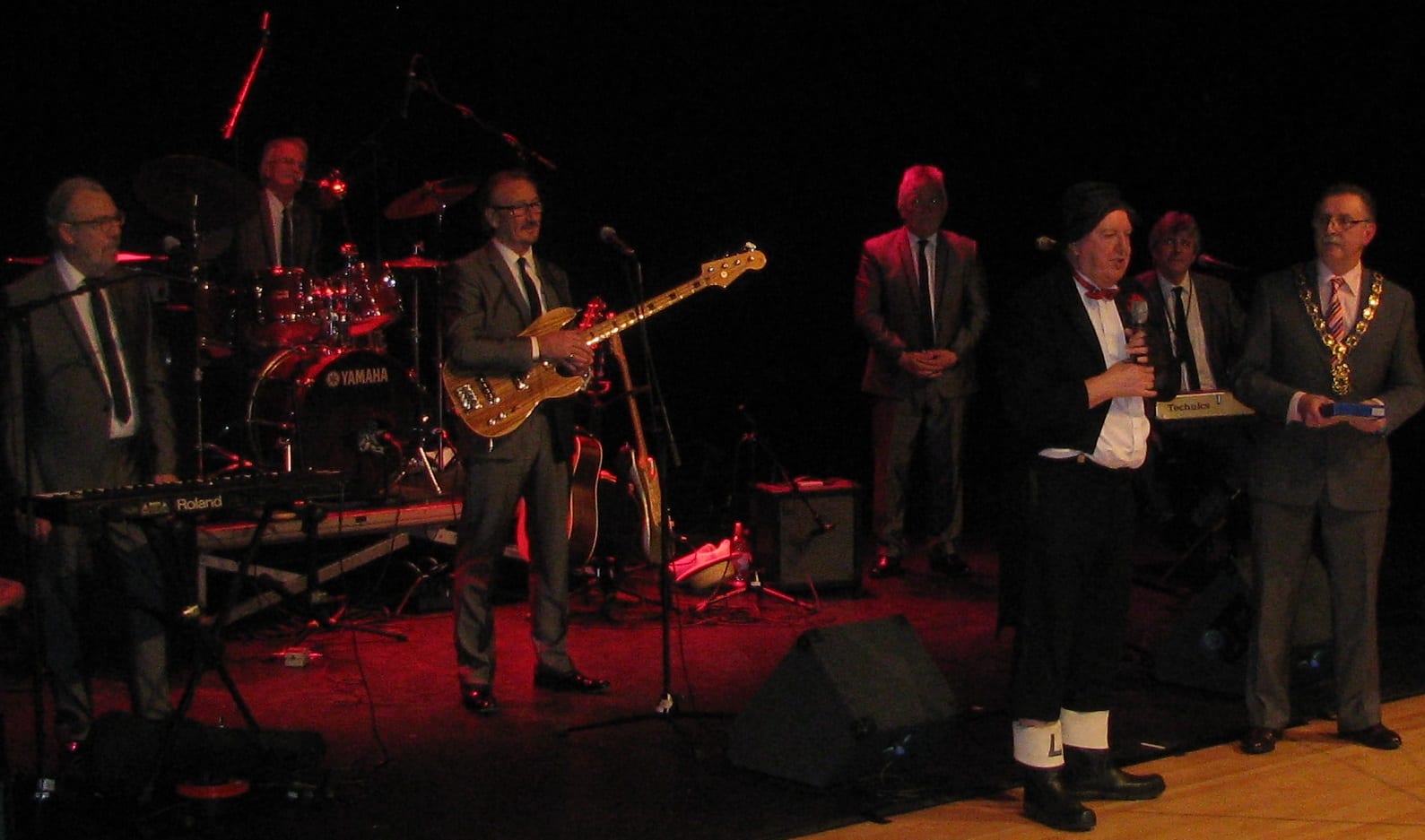 Jimmy Cricket found the time to fit in an extra performance during a recent trip to Northern Ireland.

He was in the province for the second leg of a tour with the showband, Clubsound, and ended up headlining a show at the Newforge Country Club in South Belfast which was compered by Northern Irish comedienne Victoria Armstrong (pictured right with Jimmy).

Famous Irish comedian Jimmy said: “The event was a fundraising event organised by Paul McCarron who is an emerging comedy prospect in the province in his own right.

“He put a great concert together and everyone at the event had a splendid evening.

“I was able to fit in this event as an additional commitment and was really pleased the schedule allowed me to appear in Paul’s show.

“I wish Paul all the very best with his comedy career and with all the fundraising he is involved with.” 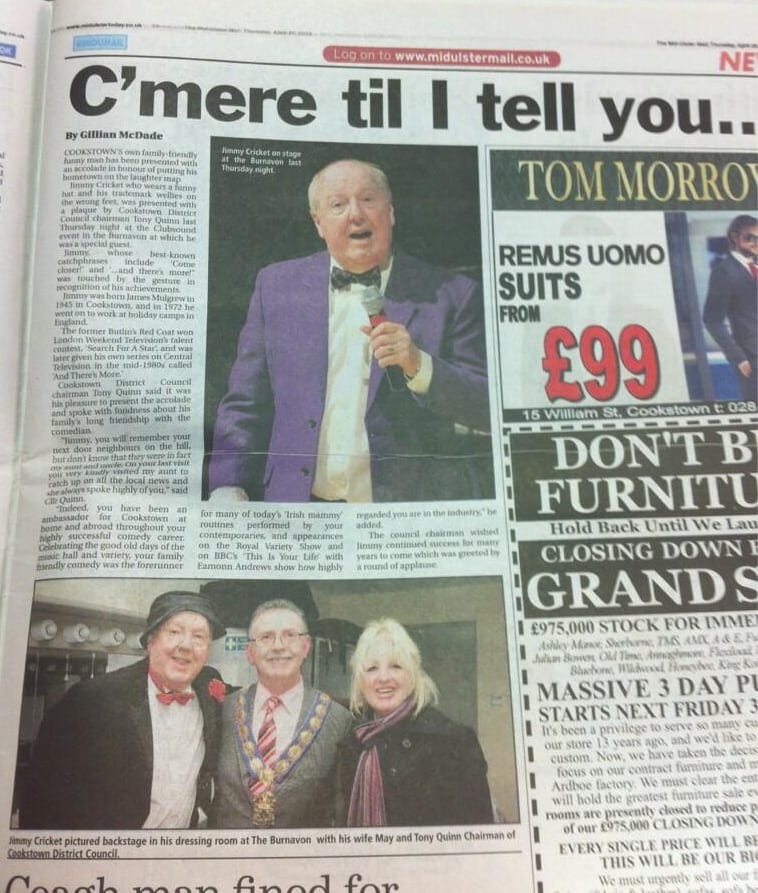 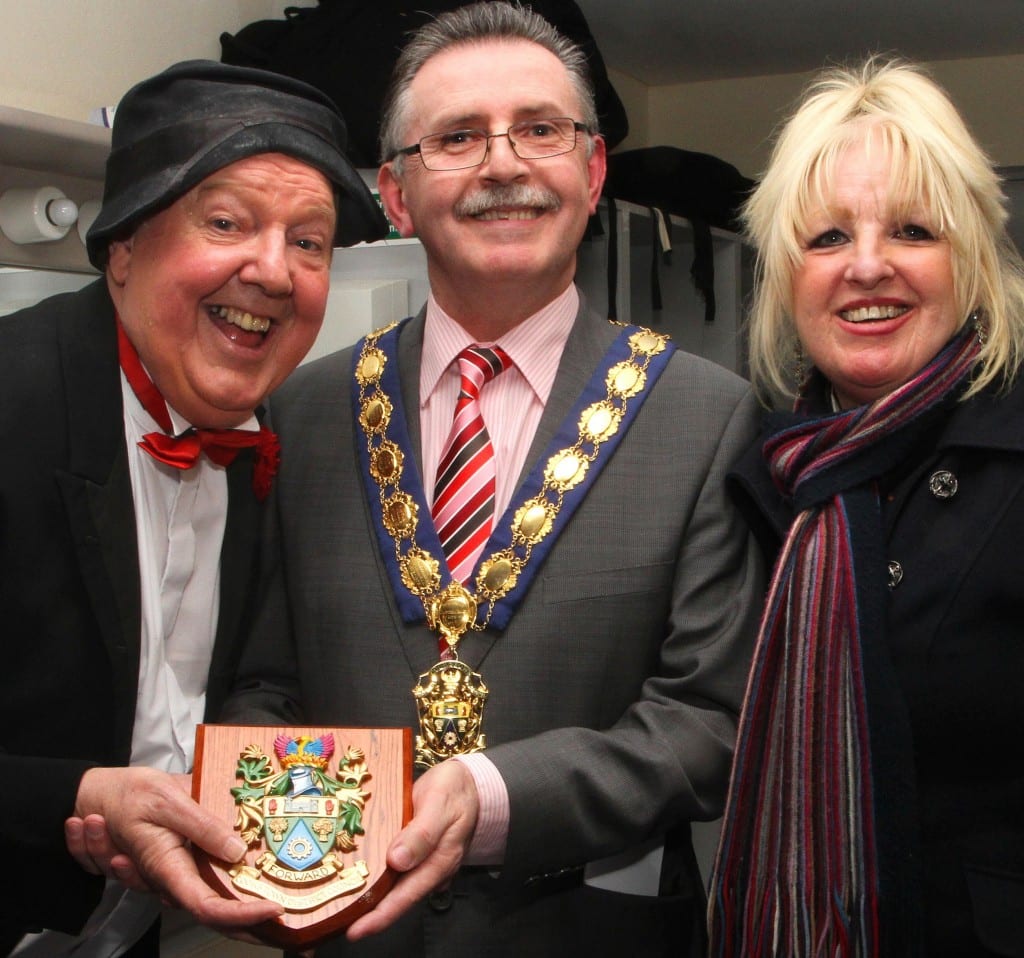