Returning to Christmas panto? Oh yes he is!

Returning to Christmas panto? Oh yes he is! 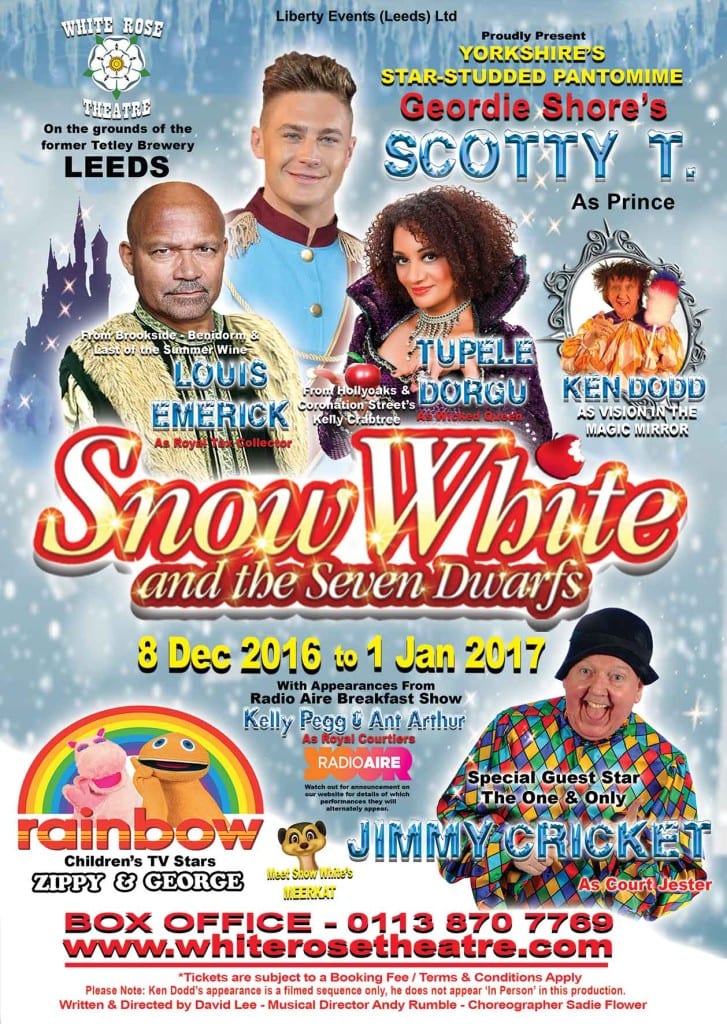 Jimmy Cricket’s plans for Christmas 2016 have now been revealed….

The much-loved family entertainer will be the special guest in a pantomime production of the classic fairytale, Snow White and the Seven Dwarfs.

Jimmy, whose last pantomime appearance was at Preston’s Charter Theatre two years ago, will play the Court Jester.

This Christmas show will be staged at a brand new venue, which is being set up in the centre of Leeds for the festive season.

The White Rose Theatre will be a new 1,400-seater arena, which will be erected in a large marquee complex located within the premises of the Tetley contemporary arts gallery.

The show, put together by experienced pantomime producer David Lee for Liberty Events, will also star reality TV celebrity Scotty T, who won this year’s Celebrity Big Brother on Channel 5 and will play the role of Prince Charming.

It will also feature an actor and actress who have become instantly recognisable to many people through their appearances in Brookside and Coronation Street. Louis Emerick and Tupele Dorgu will play the roles of the Royal Tax Collector and the Wicked Queen respectively.

Said Jimmy, 70: “David [Lee] has produced numerous pantomimes over the years in theatres across the country and put together another great line-up for this festive extravaganza to be hosted in Leeds at the end of the year.”

Nantwich club in Cheshire was a ‘pleasant’ venue for comedy show

Treats in Norfolk for the audience… & performers!