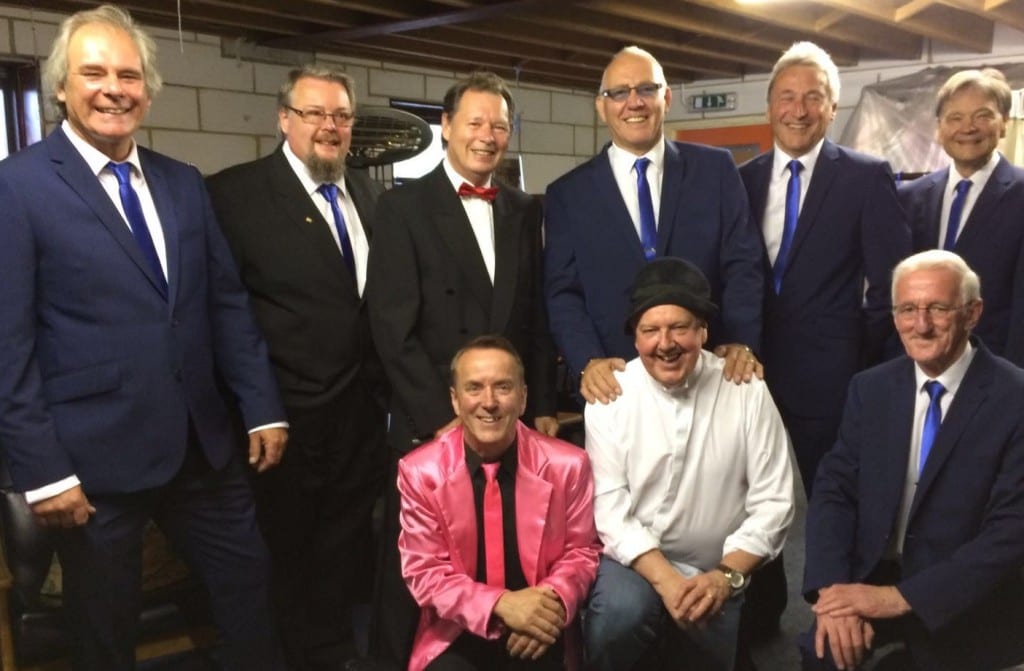 Jimmy Cricket performed in a Rock with Laughter show, which also featured a Cliff Richard tribute band at a venue that used to be part of a farm!

The famous Northern Irish comedian appeared with Rich Clifford & The Young Once in The Tractor Shed Theatre at London Heys Farm in Latchingdon, Essex.

The theatre had once been part of a farm complex, before being converted into a small auditorium to host the local Latchingdon Amateur Dramatic Society.

Jimmy, 70, said: “When I was first approached about the idea of visiting The Tractor Shed Theatre with my show, I thought it sounded an interesting idea.

“And it  worked out really well, as once more the combination of music from a bygone era and my style of comedy worked a treat for the audience.

“I also thought Rich Clifford and the Young Once were a great musical band who I shared a great rapport with.”

Rocking with laughter – and with The Merseybeats

Nantwich club in Cheshire was a ‘pleasant’ venue for comedy show