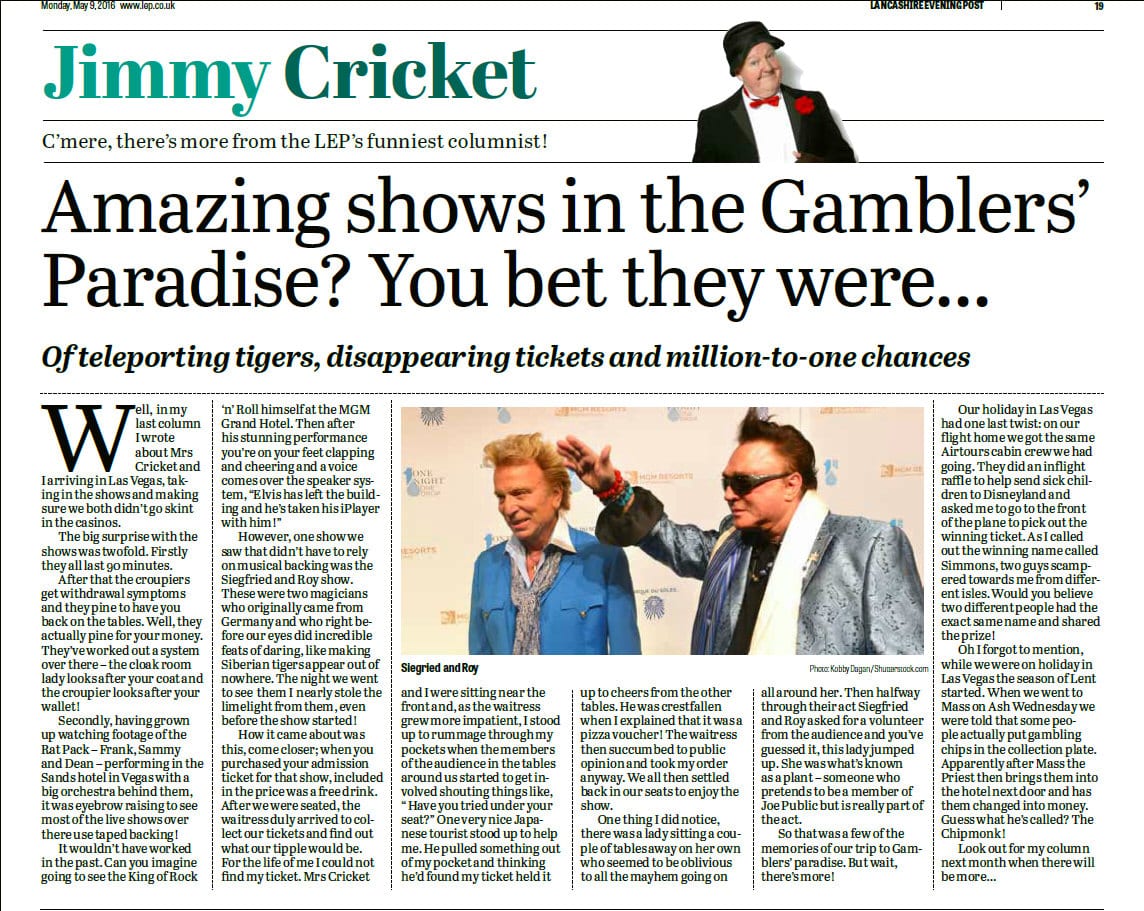 Jimmy Cricket has been continuing with his Las Vegas travelogue in a regional newspaper.

The famous comedian, 70, visited the United States city of Vegas, known as the Gamblers’ Paradise, about 15 years ago.

And it was an eventful trip, as he told readers of the Preston-based Lancashire Evening Post in his latest monthly column, having told them previously about the time pop legend Gladys Knight blew him a kiss at a concert in the city.

Jimmy said one of the other shows he saw involved two magicians performing “incredible feats of faring”, which included Siberian tigers appearing out of nowhere.

The religious season of Lent started while practising Roman Catholics Jimmy and Mrs Cricket were in Vegas.

“When we went to Mass on Ash Wednesday, we were told that some people actually put gambling chips in the collection plate,” he explained.

“Apparently after Mass, the priest then  brings them into the hotel next door and has changed them into money. Guess what he’s called? The Chipmonk!”

He added: “Look out for my column next month (June) when there will be more… ”

* Jimmy completes his spring season at the Lyndene Hotel in Blackpool with final performances on Wednesday (25 May) and Saturday (28 May).