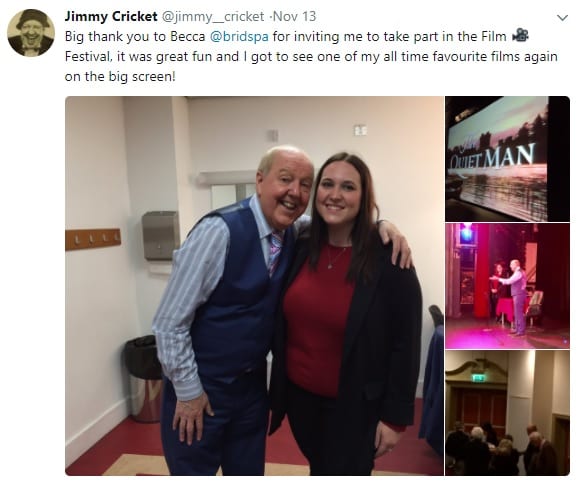 Jimmy Cricket described as “great fun” chatting about one of his favourite films to a live audience at a festival on the East Yorkshire coast.

The famous entertainer, 72, took part in the East Riding Film Festival, which arranges for celebrities, film-makers and those with a deep knowledge of their subject to introduce movies of their choosing.

Jimmy’s talk about The Quiet Man at the Bridlington Spa theatre earlier this month was followed by a question-and-answer session.

John Ford’s 1952 classic film starred legendary actors John Wayne and Maureen O’Hara, who was an Irish-born American actress and singer. The comedy drama won an Oscar for the best cinematography that year.

Bobby Davro one of the acts at Doncaster Dome