Donegal joker to team up with Irish comedy legend

Donegal joker to team up with Irish comedy legend 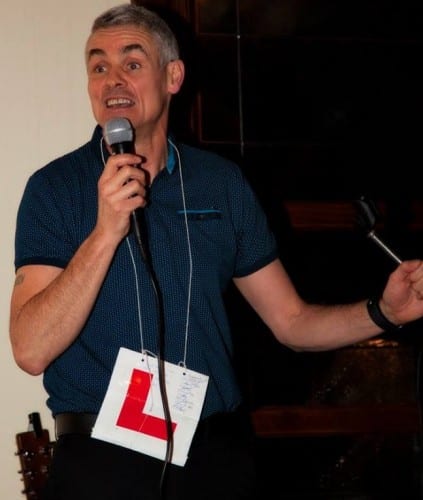 When legendary Northern Irish comedian Jimmy Cricket takes to the stage of Ballybofey’s Balor Arts Centre later this year, he will be joined by one of Donegal’s own sons.

This is because local Letterkenny comic Andy McGranaghan (right) will appear as part of Jimmy’s stand-up show on 5 November.

Jimmy, who is famed for his distinctive attire and footwear, and for always having a special letter from his Mammy, last visited Ballybofey in the Republic of Ireland eight years ago. This was when he appeared at the old Balor Theatre. Since this last appearance, the old building has been replaced by a modern auditorium and this will be Jimmy’s first trip to the new venue.

Andy has been performing stand-up comedy for around six years, appearing at many venues throughout the North West of Ireland, most notably at Comedy at the Vintage Room in Letterkenny – home to much of Donegal’s emerging comedy talent.

He is also very active with a number of amateur dramatic organisations in the area, including the Letterkenny Music and Drama Group and the Letterkenny Pantomime Society. 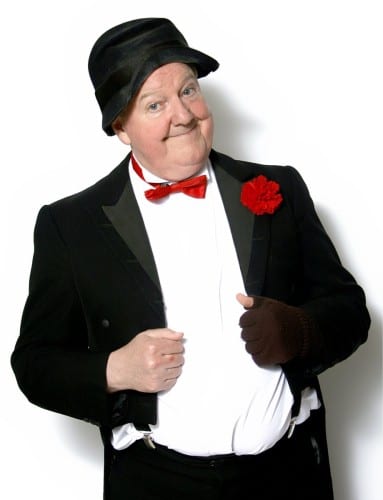 Said Andy: “It will be a real thrill to appear on the same stage with such a wonderful comedian like Jimmy Cricket. He has had a hugely successful career out of making people laugh over so many decades and he still continues to be a very funnyman.

“When I found out he was due in Ballybofey I had to get in touch to see if I could grace the same stage. Luckily Jimmy thought it was a good idea, as he believed the local connection would work really well!

“It is now just several weeks before the show, so I’ll now have to be do some fine tuning of the comedy routines I will be telling on the night.”

Jimmy, 70, said: “When Andy approached me about appearing on my show I thought why not, as I am all for giving up-and-coming comedians an opportunity. I do recognise there are fewer and fewer chances to get seen these days and so I like to champion this as a cause.

“It is also great to be returning to the new Balor Theatre. The last time I was there was in the old place and we had a near-sellout.

“I am also delighted to have been able to keep the show affordable at a tenner per ticket. This is because I know how increasingly expensive it can be to go out anywhere, so hopefully this will appeal to anyone who wants to come along for an evening full of giggles!”

* The Jimmy Cricket Laughter Show is presented at the Balor Arts Centre in Ballybofey on Saturday 5 November, starting at 7.30pm. The show will  also feature female vocalist May Marion. Tickets are priced at €10 for adults and €5 for U16s. Tickets can be purchased at the Balor Theatre Box Office on 074 91 31840 or via the theatre website at http://www.balorartscentre.com

Mini-tour to take in both sides of the Irish border

Donegal’s Letterkenny is the venue for April show