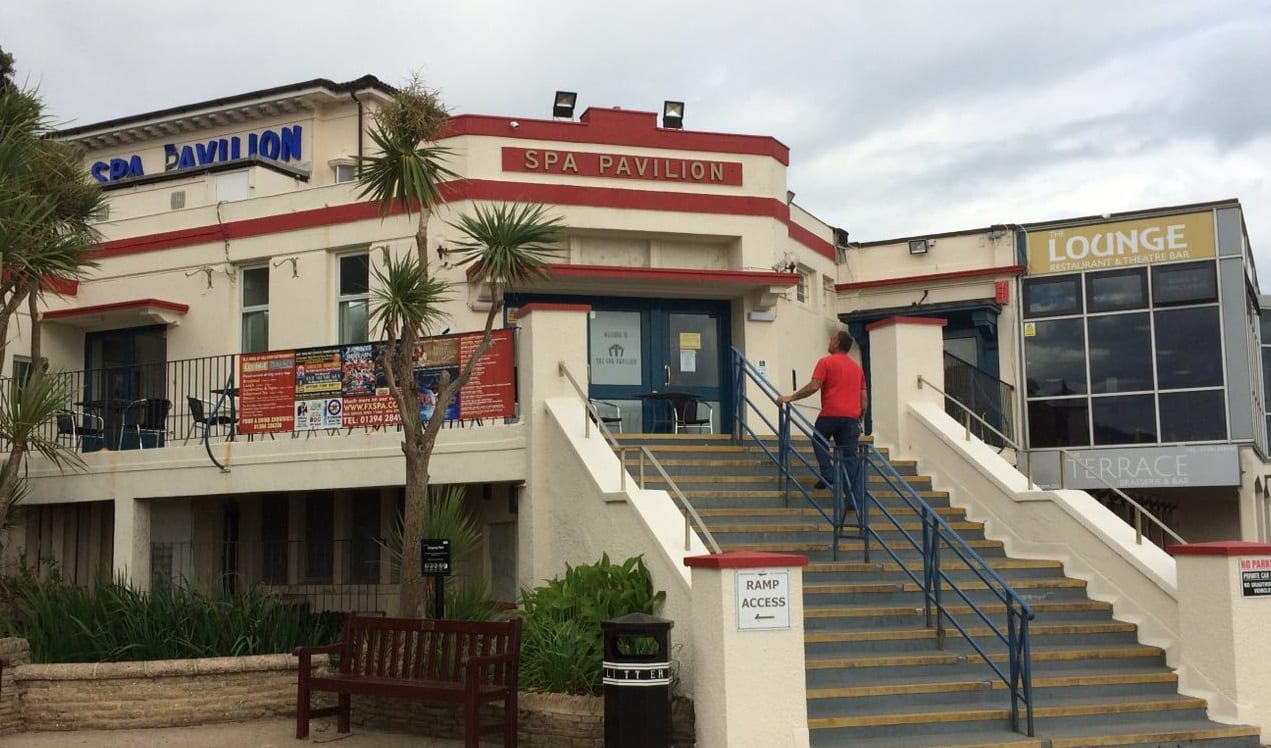 Jimmy Cricket completed the August Bank Holiday period with a visit to the Suffolk coastal town of Felixstowe, where he presented his stand-up comedy show at The Spa Pavilion performing arts theatre.

Having appeared in a marquee at a West Midlands festival the previous night, this was a return to a more conventional venue for Jimmy – one he has visited many times over the years.

In fact, this particular theatre unfortunately went through a difficult period only a short time ago, as the local council decided to close it when it was no longer deemed to be a viable facility to support. 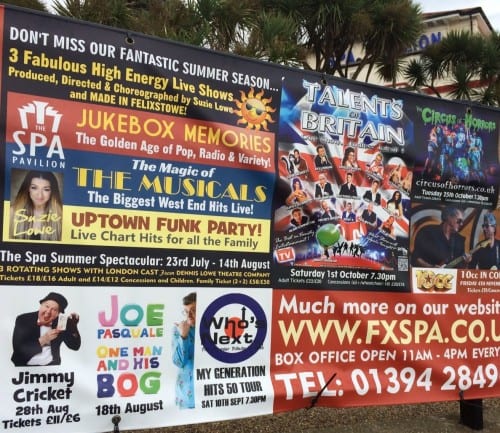 However, a local business consortium came together to present a community-focused case to reopen the theatre.

The council granted them permission to take over The Spa Pavilion and this allowed the theatre to successfully re-emerge from its period of closure and be relaunched at the end of last year.

As this was Jimmy’s first visit to the theatre after its reopening, he was heartened by the crowd that came to see the show and the warm reception he received.

Jimmy, 70, said: “I hope the theatre is able to become financially more healthy in the future as it attempts to re-invigorate  itself for the local population and the surrounding areas.”

Warner hall in Harrogate is a ‘stunning location’

One hundred events to celebrate 100 years