Tenerife trip turns into a family affair at Skybar!

Tenerife trip turns into a family affair at Skybar!

It was off to warmer climes for Jimmy Cricket at the start of the year, as he embarked on a trip to the Canary Islands.

The visit had been in the pipeline for several months and was all down to Baz Hunter, the owner of Skybar in Tenerife who wanted to host the famous comedian at his venue (above).

Jimmy’s trip was made all the more special as by sheer coincidence he also had family on the island holidaying at the same time.

This included his wife May’s sister, Margaret, her husband, Graham, and her son and daughter and their spouses (all are pictured below), ensuring there was quite a party who came along to support Jimmy at the Skybar.

This is not the only overseas trip for 71-year-old Jimmy during 2017, as in March he will be travelling over to appear at the Benidorm Palace in Spain.

And in April he will be performing on Easter Saturday at the Wayside Cheer Hotel in Guernsey. 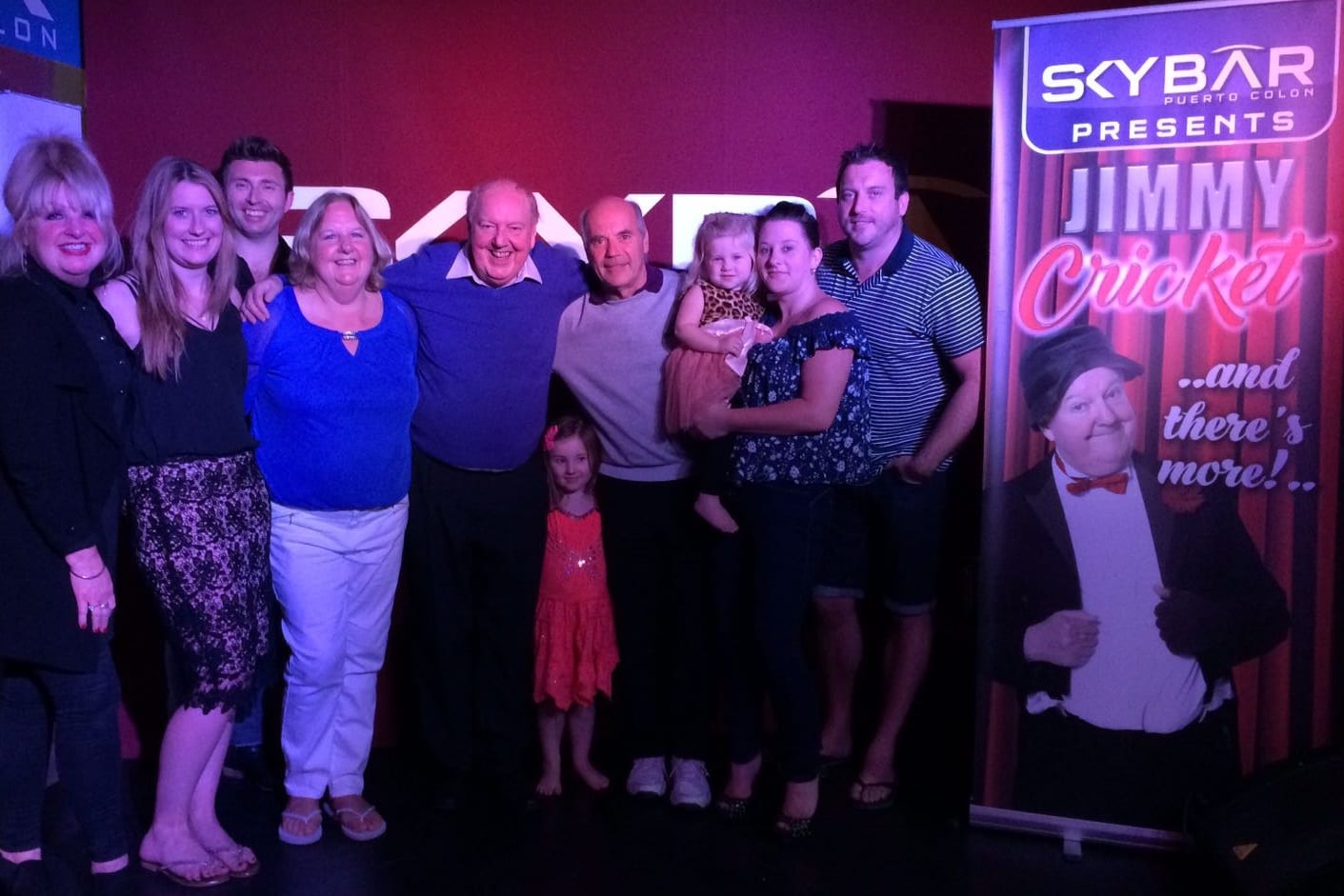