Jimmy Cricket has posted video of the 1984 Royal Variety Show in which he appeared.

“I had the great privilege to be part of this great Royal Variety Show.” 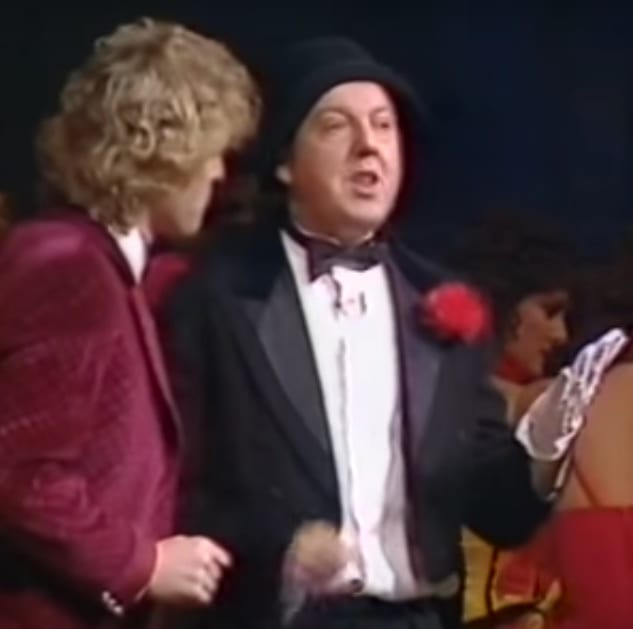 Other performers included singer/actor Paul Nicholas (pictured above with Jimmy).

It is a live variety show, usually staged in a London theatre.

The event consists of family entertainment, including comedy, music and magic.

The charity assists those who have worked professionally in the entertainment industry and need help.

In addition, it supports anybody who has been on the stage, in the wings, in front of a camera or behind it.

It also helps people who have worked in the support industries dedicated to entertainment. 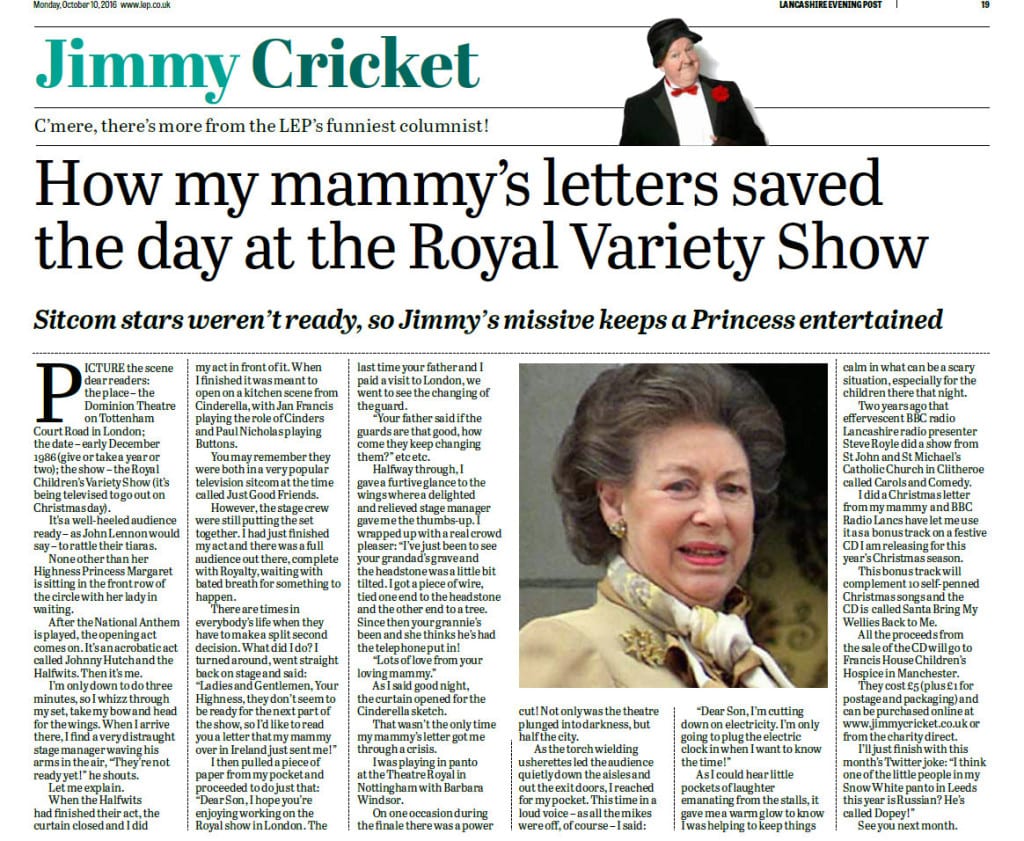