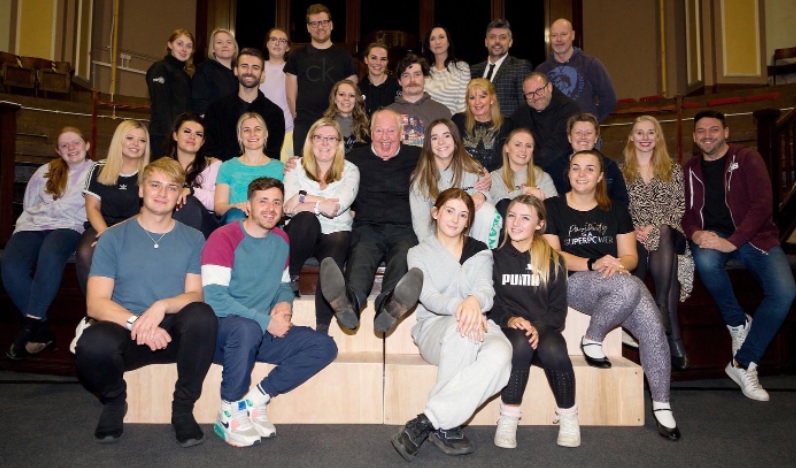 Jimmy Cricket promises an evening of “musical comedy fun” in a charity show being staged in his adopted hometown of Rochdale.

The Belfast-born comedian stars in The Producers at Champness Hall.

Comedy and music lovers have six more chances to watch the show, which premiered on Thursday 12 May.

Selected further dates until 21 May include Friday and Saturday (13 and 14 May).

Jimmy comments: “For those who live locally, why not join this cast for a great night out at the Champness Hall Rochdale, for a wonderful evening of musical comedy fun!”

The plot is based on a down-on-his-luck Broadway producer and his mild-mannered, nervous accountant.

They come up with a scheme to produce the most notorious flop in history, thereby swindling their backers (all “little old ladies”) out of millions of dollars.

Only one thing goes awry: the show is a smash hit!

Generosity of its donors

The performance – the photo above features the cast – will raise funds for Rochdale-based Springhill Hospice.

The hospice first opened its doors back in 1989.

It offers specialist palliative care to patients and their families from diagnosis to end-of-life.

The total cost of providing hospice services is nearly £4 million per year.

As a result, it relies on the generosity of its donors and supporters to raise in excess of £7,500 per day.

Founded in 1898, Rochdale Musical Theatre Company is a registered charity.

It has raised more than £50,000 for local charities over the years.