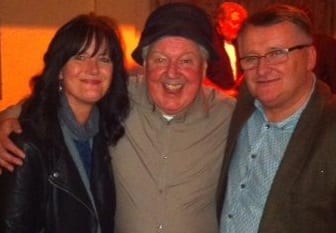 A feast fit for a top comedian!